The Mind And Body Matter 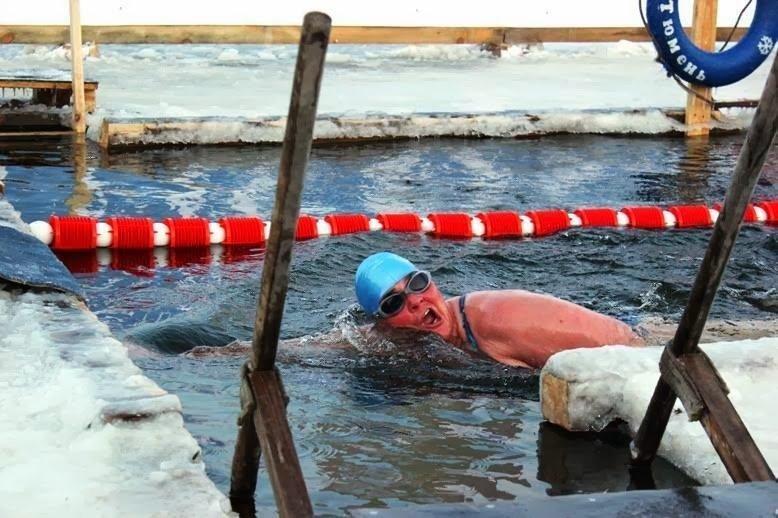 In the latest issue of USA Swimming’s Splash Magazine, there was a quote that swimming is 90% mental. Since the magazine is aimed at pool swimmers, we wonder what percentage is the mental aspect of open water swimming?

Is it 70%? 80%? 90%? Does it differ between a tropical swim and an ice swim? Is the mind utilized more the longer you swim, the rougher the water is or the colder the elements are?

But when we see photos of Nuala Moore (shown above) at the ice swimming competition in Tyumen, Russia this weekend, together with Jackie Corbell, Anne Marie Ward and Ram Barkai, we have to believe that the physical adaptations, physical acclimation and physical abilities also play a significant role in what ice swimmers do – or what any open water swimmers attempt or accomplish. From our warm-weather base in Southern California, watching the ice swimmers compete in more northern climates is an unbelievable marvel of human focus, physical talents and mental fortitude.

It is often said, “Mind over matter.” But at the root of this ability for the mind to control the body, must not the body be physically prepared? On the other hand, swimming is a voluntary activity where everything is driven by the mind. So what exactly – or approximately – that percentage of mental and physical in the sport of open water swimming?