The Murphy’s, Sea Warriors In The Open Water 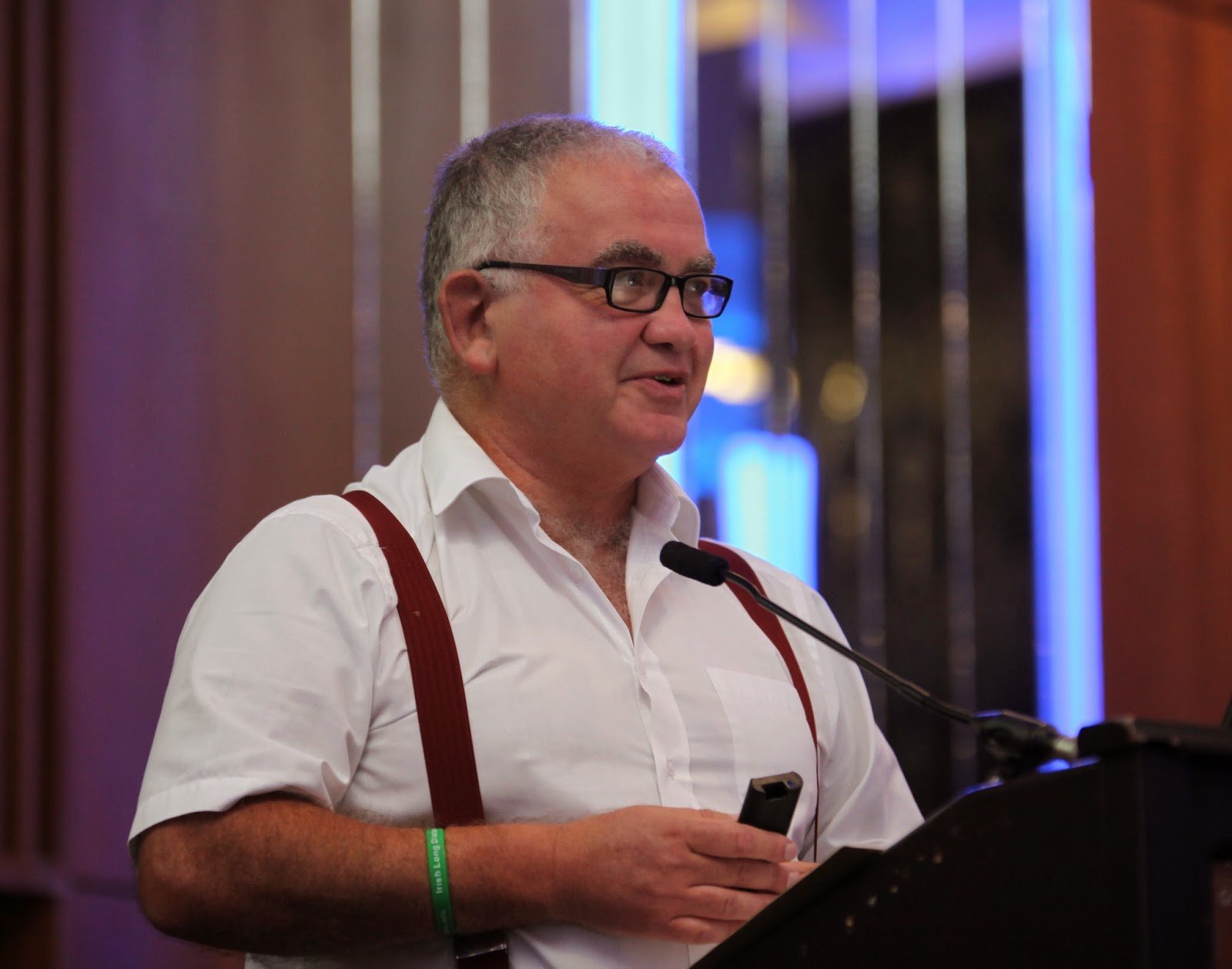 According to Ancestry.com, the surname Murphy is the Anglicized version of the Irish surname Ó Murchadha and Mac Murchadha, meaning sea warrior.

This month marks the 42nd anniversary of the first attempt at a three-way crossing of the English Channel by Kevin Murphy [shown above] who literally expanded the existing mindset of the open water swimming community with his valiant, but ultimately, unsuccessful attempt.

Murphy often said that he was ‘going for a little dip‘ on his marathon swims, but the British journalist had a whole lot more on his mind back on September 1st 1975.

With Captain Charnick at the helm of St. Claire with P. Cox and F. Seagrove as observers and Jane Secker, Leslie Murphy, Stan Birtley and Peter Dyton on his crew, Murphy set off to France at 5:23 am on the first three-way attempt of the English Channel in history. His first leg in 15 hours flat, faster than his previous 3 crossings (2 of which were solo crossings).

But things started to get rocky on his return to England. His second leg took him 21 hours 3 minutes. But his swim was not to be called despite Murphy had spent over 36 hours in the water. He looked determined – defiantly – across in the direction of France and took off, convinced a three-way was only a matter of time.

But it was not meant to be.

Murphy was pulled by his crew – involuntarily – after 52 hours 30 minutes. The conditions were just too rough for the safety of everyone else in his crew. Murphy, of course, was willing to continue, but other factors out of his control led to his three-way attempt being called.

“[Marathon swimming] is a team effort,” the famed Hall of Famer explains. “When I am actually swimming, I hate it while I am in there. When I get in, I am thinking when am I going to get out. I enjoy finishing and actually the adrenalin rush of actually completing a swim and overcoming all of the odds including one’s own frailties.

I have a fear of what I am going to doing to myself.”


But 42 years ago, his mindset was right. His course was clear. His goal was France, to complete history’s first three-way crossing of the English Channel.

Mother Nature, however, stepped in and made sure history would be made by another swimmer, American Jon Erikson, would later become the first to complete a three-way in 1981.

Murphy thought it could be done and proved to others like Erikson, Alison Streeter, Philip Rush and Chloë McCardel that it could be done…eventually. “52.5 hours [swimming over] two and a half ways before I was ordered out because of bad weather…

Nobody believed before then that [a three-way] could be done. It’s great to see the legacy with Chloë being the latest to achieve the three-way.”

Back in 2015, he made a prediction that McCardel and Sarah Thomas are prepared to achieve. “Now it just needs somebody to believe that a four-way can be done
.”