The Ocean Is Her Office 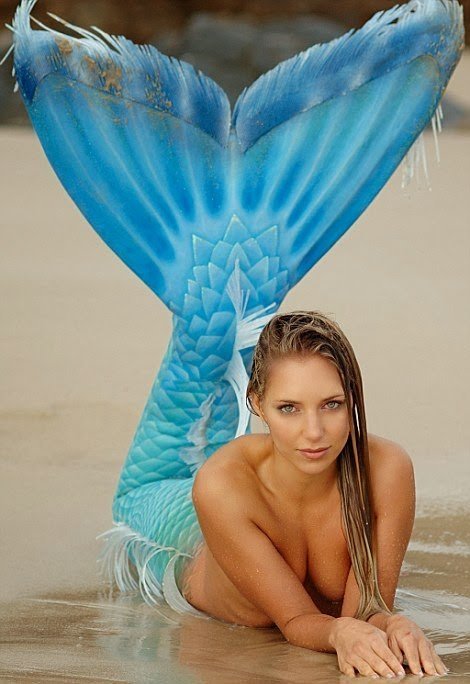 Hannah Fraser works in the ocean. She has been making her own mermaid tails since the age of 9 with a child’s dream.

She started off by drawing mermaid tails, but then started to make her own and made a career out of it. And now she has made great advances in her technology and materials.

“I’ve had the most amazing experiences swimming all over the globe in exotic dive locations with sharks, whales, dolphins, manta rays and many more huge sea animals. When I’m wearing my tail on land, I’m 100% mermaid, and at the mercy of my ‘mer-handlers’ who help me get from one place to another, but once I enter the water I am fluid, fast and powerful,” explains Hannah Mermaid. “I feel at one with the ocean and its inhabitants in a way I could never experience without my specially crafted tail, which takes over 4 months full-time work to create each one, using the FINIS Competitor Monofin as the base and adding individual scales one at a time by hand.”

Hannah Mermaid and Mermaid Kariel are also FINIS ambassadors who work to promote fitness training, natural resource conservation, and underwater photography efforts. Both real-life mermaids use the FINIS Competitor Monofin as the blade for each of their elaborate tails.

As a dedicated ocean activist, Hannah Mermaid brings awareness and exposure to the ocean environment during her live performances as well as in television, TV interviews, documentaries, films, music videos, commercials, aquariums, and advertising campaigns as she swims in the ocean with sharks, dolphins, whales, seals, manta rays and more. She has been featured in aquariums around the world, performed for Cirque du Soleil, launched the new OMEGA dive master watch from the bottom of the ocean in the Isle of Capri, and appeared as the living logo of Atlantis in the Bahamas.

What is remarkable and impressive is that she does not wear goggles even in salt water and looks so natural in tune with her aquatic environment.