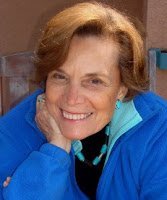 The OceanElders are a remarkable group of independently minded leaders who have joined together to use their collective influence and experience, supported by science and data, to promote ocean conservation, pursue the protection of the ocean’s habitat and wildlife, and preserve its ecosystems and species biodiversity.

The OceanElders was created to be a locus of collaboration in the field of ocean conservation. By working with and leveraging the work of other ocean organizations, OceanElders intends to encourage, endorse, and champion their ocean initiatives.