The Oceans Seven. Why? Where? 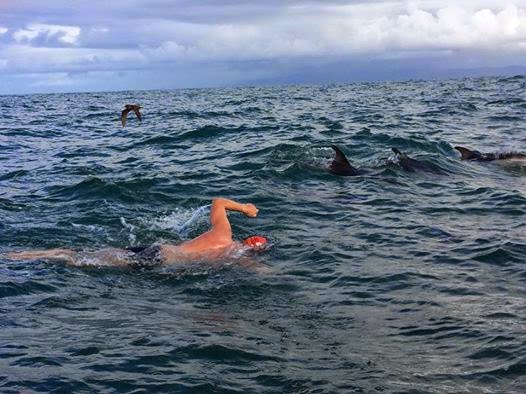 The inspiration for the Oceans Seven was mountaineering’s Seven Summits, the 7 highest mountains on each continent. However, it needed a bit of modification because Antarctica was a bit too cold so 7 of the world’s most challenging channels geographically spread out around the world were selected.

The selection, succinctly described, was based on the following:

* The English Channel between England and France is considered the Mount Everest of open water swimming and is well-known among swimmers and non-swimers.

* The Catalina Channel in Southern California is the Pacific Ocean’s near equivalent of the English Channel in distance and is well-known among swimmers and even among some non-swimmers.

* The North Channel between Scotland and Ireland connects 2 countries and is a treacherous, always dynamic, jellyfish-strewn cold-water body of water that many swimmers considered to be the toughest channel in the world.

* The Molokai Channel between Oahu and Molokai is the North Channel’s warm-water equivalent and has some of the toughest currents and largest ocean swells in the world to overcome as well as marine life such as sharks, jellyfish and whales.

* The Strait of Gibraltar connects two countries and two continents, involves Africa, and is well-known among swimmers and many non-swimmers for its challenging currents and turbulent conditions.

* The Cook Strait in New Zealand is a cold-water challenge in the Southern Hemisphere with currents, tidal flows and marine life that present real challenges to overcome.

* The Tsugaru Channel in Japan is not known well among the swimmers and non-Japanese, but presents tricky and unpredictable conditions as well as sharks, squids, jellyfish and tremendously strong eddies and currents with winds that exceed that in the English or North Channels. Being in Asia, it enables the Oceans Seven to claim the swims in Asia, Oceania, Europe, the Americas and Africa.

Photo shows Adam Walker crossing the Cook Strait with his mammalian colleagues. The Who’s Who of the Oceans Seven are listed here.