The Path To Clean Swimming 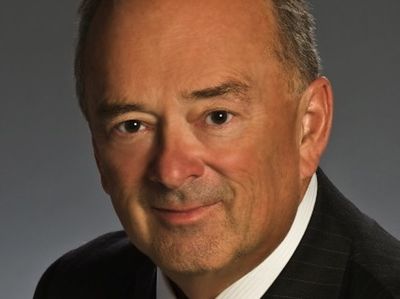 We see admirable courageous stances by athletes from multiple nations in Rio de Janeiro with regard to the immediate and important need to protect [the] sport [of swimming].

This comes about because the IOC and FINA have abdicated their moral responsibility to protect and preserve the sanctity of Olympic ideals and values.

They have revealed themselves as simply a financial machine generating billions of dollars while sharing pittances with the Athletes on whose backs those dollars are generated, and then, they are so arrogant as to ask the athletes to protect their private money generating circus by not protesting the prostitution of clean sport, as FINA and the IOC have done by allowing the dopers to swim.

Which leaves us with what to do?

Here are the simple steps:

1) The real power in sport is with the athletes. Read that again three times. As athletes, you have become so used to the mindset of ‘big brother IOC will take care of all’ that now that that trust has been betrayed, you have not realized it’s all about you. Your heart, soul, passion and body are what the IOC is getting rich on, and all the International Federations underneath them as well.

2) Athletes must unite, form your own organization and tell the IOC under what conditions you will participate in their circus.

3) You can run your own Swim Circuit without them, earn real money, and be in control of your destiny. See golf and tennis. I am here to help you do it, when you are ready and I have a team in place to help you do it. And I won’t accept an American nickel to do it. No money for me. This is about you and generations to follow. I want my children who coach, to be able to coach clean athletes and aspire to win in the generations ahead. That’s my personal motivation for the cynics to understand.

5) What conditions do you want? Here are suggestions:

A) World Anti-Doping Agency (WADA) must be rebuilt with a real anti-doping reformer at the helm. I suggest Travis Tygert of U.S. Anti-Doping Agency (USADA), the only administrator in all sport to truly speak up UP for you. He’s real. He’s at odds with the U.S. Olympic Committee (USOC) because they are just more fakers hiding behind nonsense like Zero Tolerance.

The only zero tolerance they recognize is for anything that threatens their bank account. Note to the USOC: why hold an Olympics in Los Angeles when it’s just another corrupt operation serving no clean athletes? When you cave in to the IOC on everything, to get the Games in Los Angeles, you stand for nothing. Athletes, demand a rebuild of WADA. And real power for WADA to set rules, test for doping and enforce rules for all of Olympic sport.

B) A thing called ‘High Throughput Testing’ which exists today, can find the doping needle in the haystack that current testing can’t. It can immediately create clean sport. Why don’t they use it now? Because they don’t want clean sport, they want the charade of Zero Tolerance rhetoric. The science exists now. Athletes, insist we us 2016 science to catch 2016 cheats, ot 1950’s technology which is what is used now.

C) Money – It’s all about the money right now, isn’t it? Why are the IOC making billions while you struggle to get the money to eat and keep a roof over your head? Athletes, insist on a fair distribution of revenue to keep you at the center of the picture. How? See number two above.

Athletes, every problem that frustrates you and your coaches and the entire world that wants clean sport, can be solved by you. Unite. Own your sport. Many of us are here to help you. Fix swimming for your generation and hundreds of generations to come. You have the power to do it. Use it. Please.