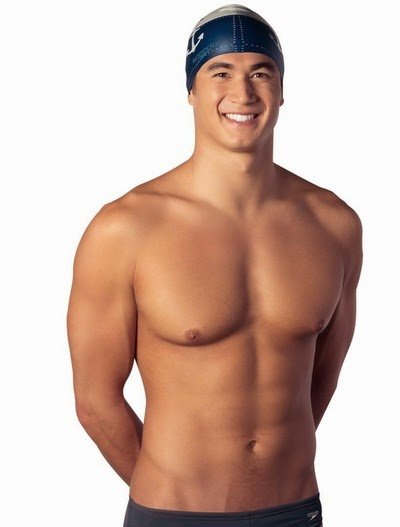 Friendly and fit, intelligent and innovative, personable and professional.

These are just some of the characteristics that define the masters swimmers walking around the George Haines International Swim Center in Santa Clara, California at the 2014 U.S. Masters Swimming National Championships.

From 20-somethings to great grandfathers, the swimmers are billboards of healthy lifestyles with a fine balance between family and work, competition and fitness.

Looking back on the history of adult swimming over the last century, this generation of masters swimmers are simply carrying on the tradition of optimal living and powerful propulsion in the water.

Whether it was Duke Kahanamoku swimming in the Pacific Ocean, Johnny Weissmuller swimming head-up freestyle, or Murray Rose cruising along in the surf, the world’s best swimmers have incrementally led the way and provided hints to the rest of the aquatic community on how to swim faster for longer periods of time.

If there were an opportunity to magically create the perfect male open water swimmer, what characteristics, physical features, and innate talents would be involved?

The epitome of the perfect open water swimmer would be able to swim well in cold water, warm water, rough water, tranquil water, in the night and under the tropical sun. He could excel in both short ocean swims with heavy surf and in long marathon swims across channels. He could perform well in elite competitions as well as plan and complete unprecedented swims in uncharted waters.

* the speed of John Kinsella
* the charisma of Johnny Weissmuller
* the ruggedness of Philip Rush
* the navigational IQ of Petar Stoychev
* the high elbow catch of Ous Mellouli
* the chest of Cliff Lumsden
* the shoulders of Hercules Troyden Prinsloo
* the leadership of Ned Denison
* the height of Jerome Leslie
* the abs of Spyros Gianniotis
* the handsomeness of Ky Hurst
* the smile of Mario Sanzullo
* the facial hair of Valerio Cleri
* the eyes of Julien Sauvage
* the personality of Abdul Latif Abou Heif
* the kick of Alex Meyer
* the closing speed of Thomas Lurz
* the cold water acclimatization of Henry Kaarma
* the prolificity of Kevin Murphy
* the oratorical abilities of Lewis Pugh
* the boldness of Captain Matthew Webb
* the organizational skills of Colin Hill
* the pioneering spirit of David Yudovin
* the vision of Ram Barkai
* the intellect of Dr. Peter Attia
* the grit of Ted Erikson
* the humor of Charlie Gravett
* the patience of Thomas Burgess
* the competitiveness of Trent Grimsey
* the longevity of Claudio Plit
* the business savvy of Vito Bialla
* the track record of Des Renford
* the humanity of Fran Crippen
* the medical acumen of Dr. Otto Thaning
* the unnerving belief in oneself of Maarten van der Weijden
* the youthful enthusiasm of Benjamin Schulte
* the doggedness of Stephen Redmond
* the can-do spirit of Craig Dietz
* the courage of James Pittar
* the diplomatic skills of Governor Duncan Taylor
* the literary talents of Lord Byron
* the inventiveness of Benjamin Franklin
* the knowledge of the ocean of Rob Brander
* the environmental awareness of Doug Woodring
* the stature of Murray Rose
* the aquapreneurism of Buster Crabbe
* the maritime skills of Michael Oram
* the audacity of Martin Strel

The Perfect Ideal of a Female Swimmer is here.