The Progression Of A World Champion 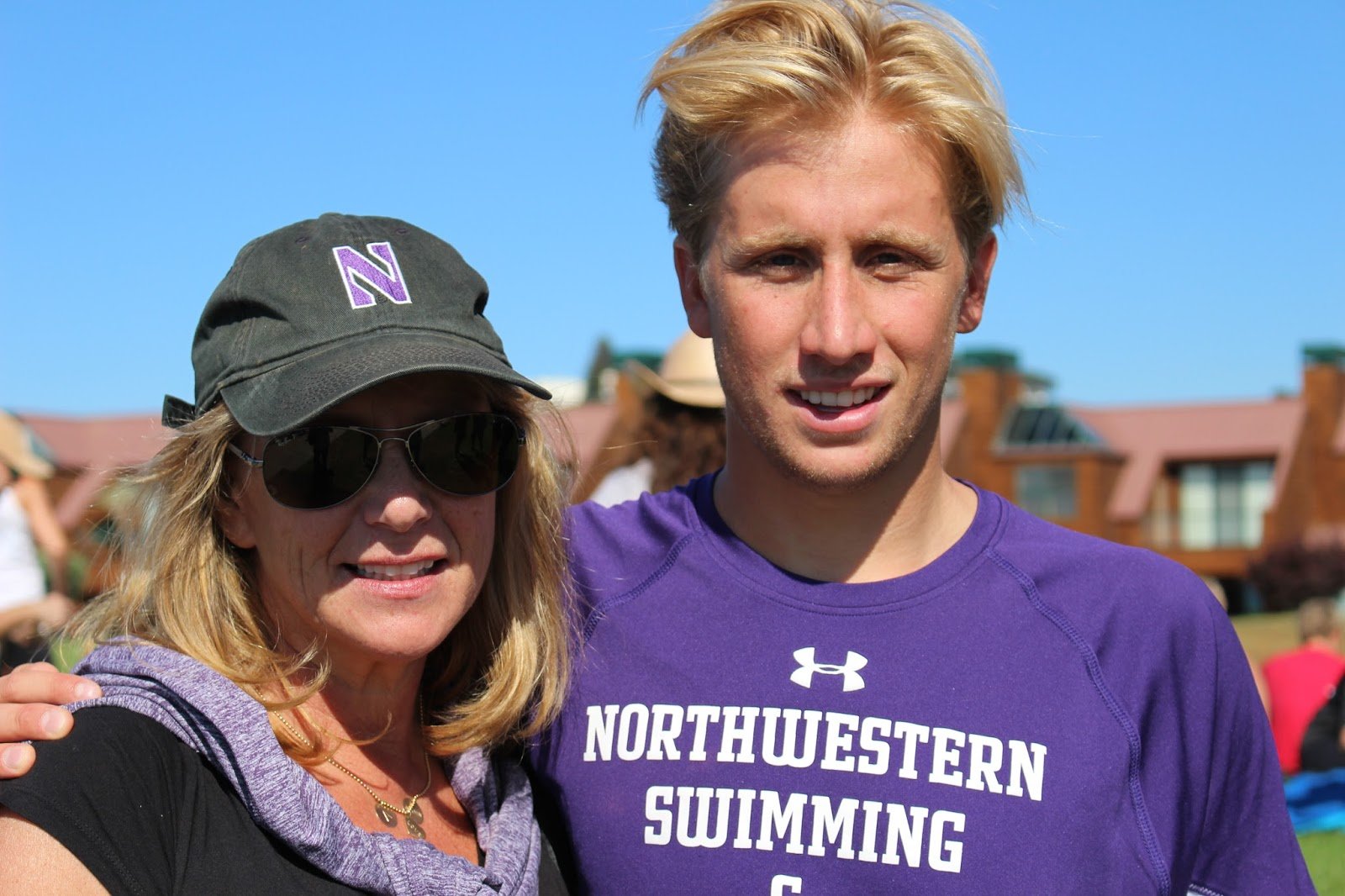 But his road to the world championship and RCP Tiburon Mile title was one of steady progression and passion.

“He was not the best swimmer when he was young,” recalls his father, a former ice hockey player from Vancouver. “But all these little pieces of the puzzle have come together and enabled him to be to where he is today. It has been great to see him develop.”

Wendy, his mother [shown above], has seen what is takes and what is inherent in her son’s psyche. “He has total determination and a passion for the water. He didn’t start swimming until he was 9, but he grew up surfing and doing Junior Lifeguards. Then he took up swimming. Living in Malibu [California], he was in the water all the time.”

During his victorious 10 km world championship in Russia and today’s RCP Tiburon Mile in San Francisco, it was clear that the Malibu waterman knows what he is doing in the water.

“He came from so far behind in Russia at the world championships [to win],” Wendy recalls. In today’s race, he shot out like a canon and made several in-the-water decisions to either shift gears or change directions. His mind was processing the various factors of the race and competitions in order to make on-the-fly strategic decisions.

“He is not a big guy – and neither is my other son, an elite triathlete who is training at the U.S. Olympic Training Center. He trains so much and so hard that he sleeps a lot. He is always exhausted. He sleeps and eats, but he made a risky decision this year to take off a year of school to qualify and compete in the [2016] Olympics. Until he was in position in the second half of the race in Russia to qualify for the Olympics, we were not sure [if his decision was the right one].”

Until then, Jordan has lots of training and many more competitions to showcase his talents. “It was a beautiful day here in Tiburon and a great course.”

Jordan beat his teammate Brendan Casey and Chip Peterson who were chasing him from the start and the only ones without striking distance of the world champion.