The Run-up To The Poseidon Award Was An Adventure 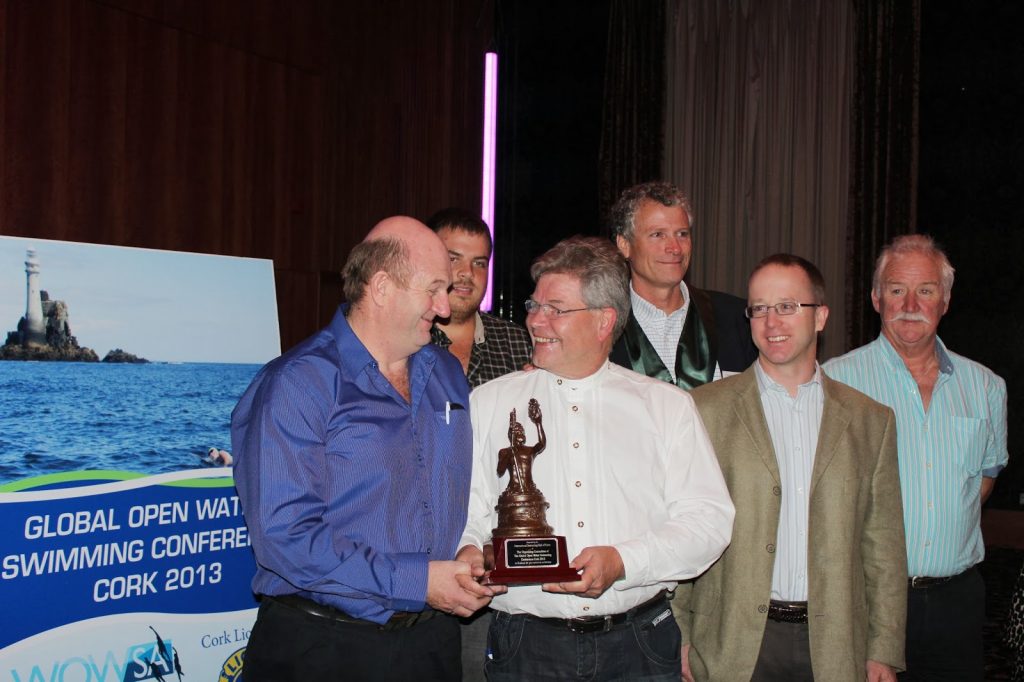 The International Swimming Hall of Fame selected its first recipient of the new Poseidon Award.

A handsome trophy with Poseidon rising out of the sea with a trident in one hand, the Poseidon Award recognizes those individuals who have gone beyond the call of duty and elevated the world of open water swimming in a unique and lasting manner.

This year’s recipients started with a simple idea and ended with a celebratory gala.

The awardees are a group of passionate swimmers who endeavored to put Cork, Ireland in the dead center of the open water swimming world – and they hit a bullseye.