The Science Behind The Longest Swim 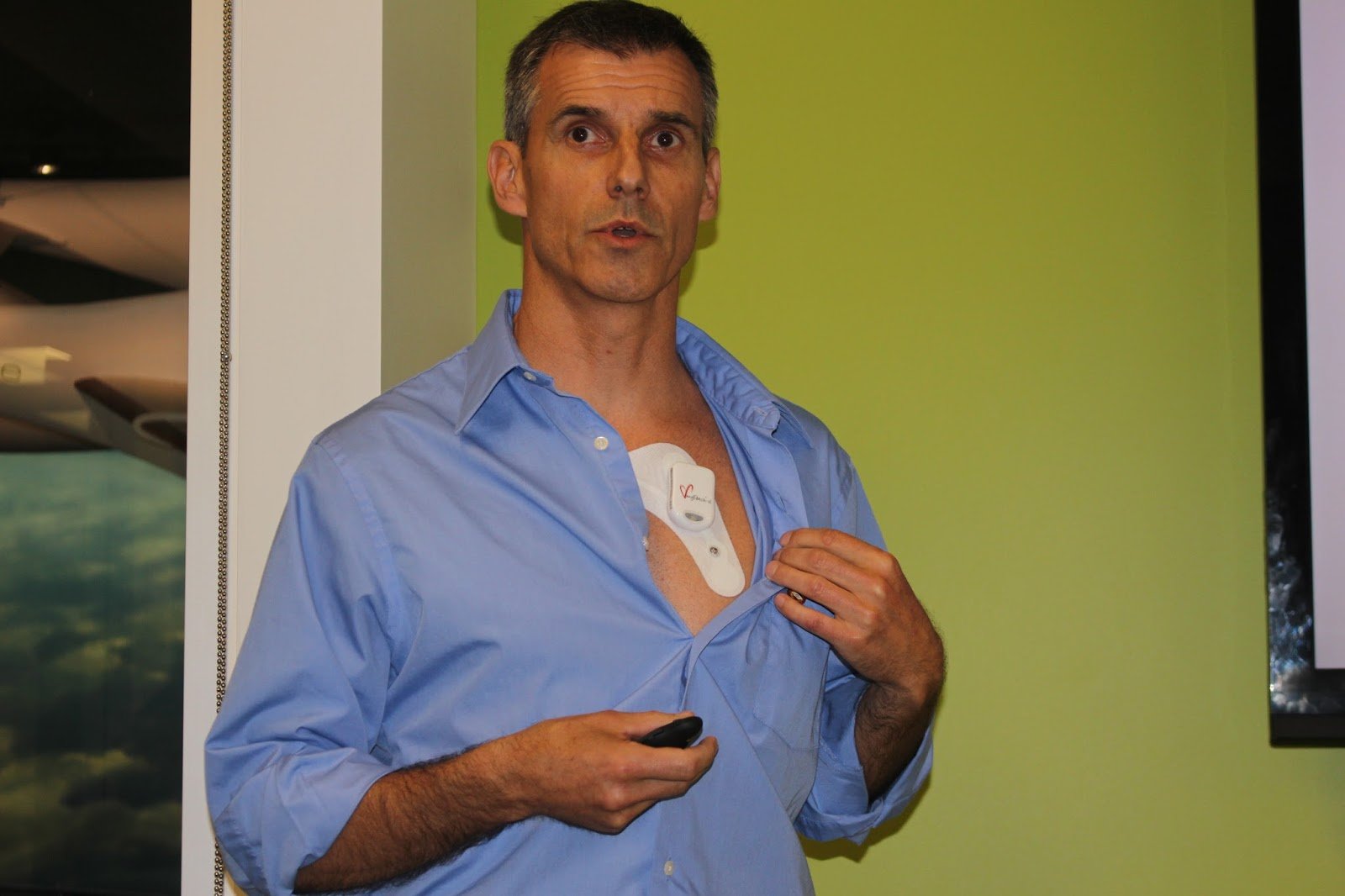 Ben Lecomte will be constantly monitored during The Longest Swim across the Pacific Ocean from Tokyo to San Francisco.

He will attach an EKG waterproof holter monitor on his chest while wearing a RadBand radioactive cesium collector on his ankles as he swims across the largest body of water on Planet Earth.

His scientific team will attempt to obtain myriad data in order to answer questions such as:

“The Longest Swim is a unique opportunity to better share our scientific results and our message to the public, but also to collect very valuable samples for our research,” says Dr. Erik Zettler of the Sea Education Association.

Samples from Lecomte’s stomach will be used to help determine what kind of changes occur in the digestive system of extreme athletes during exercise. Swabs will be taken from his skin surface after his 8-hour swimming legs that may provide clues to how his microflora interacts with marine bacteria.

The bodies of extreme endurance athletes like ultra-marathon runners or stage swimmers undergo many changes during and after competition. Since digestion is not a priority during strenuous exercise, blood can be shunted away from the gastrointestinal tract; however this can cause problems like abdominal cramps and diarrhea when athletes have to eat along the way. This kind of distress can alter the body’s natural bacterial communities, also called the microbiome. To measure the changes to his microbiome, Lecomte’s crew will take periodic samples from all over his body, including the surface of his skin, to see how his body interacts with the marine bacteria it encounters. This will help scientists better understand systems biology, as well as what effects these interactions may have on physical performance.

Using the same remote guidance echocardiography NASA uses to monitor astronauts on the International Space Station, the Lecomte’s crew will help doctors in Dallas, Texas keep track of changes to his heart during his time in and on the ocean. Researchers will use this data to explore what impact extreme exercise has on the heart and determine if there is a limit to how much exercise the human heart can handle.

One of the current controversies in cardiology is whether extreme athletic performance has a harmful effect on the heart. Echocardiograms are usually performed by highly trained individuals called sonographers, but remote guidance echocardiography allows a sonographer to guide a modestly trained individual through the procedure when they’re in a remote or inaccessible location — like Lecomte in the middle of the Pacific Ocean. His baseline echocardiograms and an advanced cardiac MRI of his heart will be compared before and after his swim.

Lecomte will be staring downwards into some of the deepest waters on the planet for long stretches of time. While he may come across marine life or flotsam or plastics on or just below the water’s surface, he will largely stare into a deep blue abyss. Researchers will evaluate how his interpersonal contact with his crew and the larger audience around the world via social media will impact his emotional state. They will also look at how environmental conditions affect his confidence and which ones have the most influence over his emotional and physical fluctuations.

During his 8-hour legs over a 6-month period, Lecomte will be immersed in salt water that will directly impact gravity’s effect on his body. This unique situation creates a unique analog to long-term space travel that is better than land-bound research protocols. Researchers will study if the non-weight bearing exercise that Lecomte will do can help protect against the loss of bone density in low-gravity conditions as well as how his posture out of the water can help prevent or reduce vision loss due to increase eye pressure.

“One of the unique aspects of Ben’s swim, above and beyond its importance for studying the effects of extraordinary endurance activity on the heart, is that it provides a very good model for long term spaceflight,” remarked Dr. Benjamin Levine, a cardiologist from the Institute for Exercise and Environmental Medicine in Texas.

Photo of his EKG waterproof holter monitor was taken at the XPRIZE Foundation in Los Angeles, California.

For information on his Kickstart campaign, visit here. For more information about the swim itself, visit thelongestswim.com.