The Sea Monkey Challenge Is A Year-round Commitment 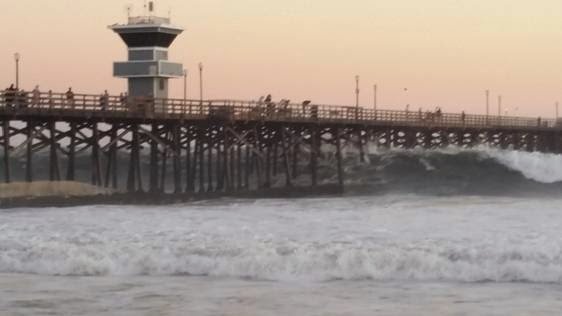 Courtesy of WOWSA at the foot of the Seal Beach Pier in Southern California.

The British do it in London’s Serpentine. Americans do it from New York’s Coney Island to San Francisco’s Aquatic Park. The Aussies do it in Melbourne’s Brighton Baths. The Czechs do it in Vltava river in Prague.

And, now in the hometown of Lynne Cox, a pod of Southern Californian swimmers will begin the tradition.

The American movie and television stuntwomen gives reasonable advice. “Do we swim the whole way in the winter? Not always. Really depends on the temperature. Should you just try and come one day per month? No. Really it’s better to keep coming. You do acclimate. Your body will feel good, your skin will look fresh.

“It was high tide with no wind so the surface was calm, but there were some swirling currents especially by the south jetty. The goal is one Thursday morning swim every month so we have 12 swimmers with their October swim complete.”

Lynne Cox would be proud.