The Sound Of Seashells 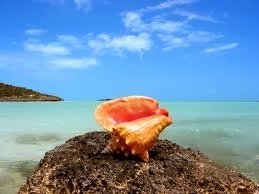 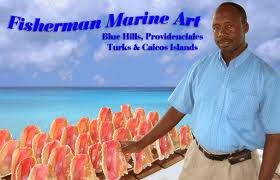 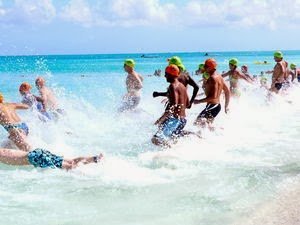 If it you an ocean swimmer and have not been able to go to the beach for a long time, what can you do?

How can you get your fix of the ocean? How can you feel closer to something that you miss so much?

Perhaps you can hold a seashell up to your ear. As you put your ear to the seashell, you can hear the ocean with its sea breeze and the distinct ambiance of waves and the marine environment. Why is that? Why does the sound of the ocean captured in a seashell no matter where you are?

According to LiveScience, when you listen to a shell, you’re not really hearing the sound of the ocean. The shape of seashells just happens to make them great amplifiers of ambient noise. Any air that makes its way into a shell’s cavity gets bounced around by its hard, curved inner surfaces. The resonating air produces sound…which sounds strangely like the beach.

And that is good enough for us.

Stanford Handfield is a artist from Turks & Caicos who created conch shell awards for the Race For The Conch Eco-SeaSwim event. The owner of Fisherman Marine Art was born and raised surrounded by the Caribbean sea and has learned to live simply, using the resources from the Turks and Caicos ocean environment. He developed a conch shell business utilizing these ocean resources and making these natural items available in the Turks & Caicos Islands and beyond. Stanford free dives for the sea shells he sells. His main business deals in using the most common shell found in Turks and Caicos Islands, the Conch shell, to create unique, beautiful and useful pieces of art.

The Race for the Conch event in Turks & Caicos is held annually in July. For more information on the event, visit www.ecoseaswim.com.