The Start Of Something Good In Bear Lake 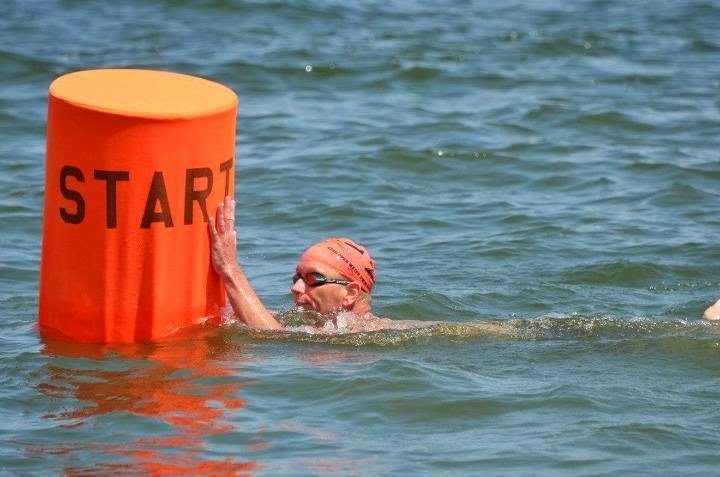 James Jonsson will attempt to swim 38 miles in under 20 hours to raise money for a crowdfunding campaign for children with Autism.

Jonsson will attempt an unprecedented marathon swim later this week at Bear Lake that borders of the states of Utah and Idaho. He refers to his attempt as Bear Lake x2 – 20 or a double-crossing of Bear Lake (about 19 miles) under 20 hours. His total distance will be about 38 miles. The swim is planned to start about 2 pm on September 3rd.

Jonsson’s love of the open water stems from his youth growing up on the shores of Hawaii. He fell in love with open water swimming during ocean workouts and continued in Utah where he now swims in lakes and reservoirs.

Jonsson has been training for this swim for nearly a year. His nephew Saxton has Autism and is in need of a service dog to help keep him safe. He volunteered to raise money for a crowdfunding campaign that is raising money to help children with Autism get service dogs. Carrie Snowball explains, “Most children with Autism are drawn to water so it is fitting that James will be swimming to help raise awareness and money for this cause. Service dogs make an incredible difference in the lives of children with Autism, helping keep them safe and calm, while also enabling the entire family of the child lead a normal life.

A service dog for such a child is a jack-of-all-trades and a close companion. The simple presence of a service dog has been shown to lower blood pressure, calm the child, and provide outlets for interaction for a child who can’t seem to ‘fit in’ anywhere else. These dogs don’t judge; they don’t make fun. They are loyal friends and companions whose mere presence vastly improves the life of the child. A service dog receives an enormous amount of training. A service dog is trained to use their keen sense of smell, combined with other senses and the bond the dog creates with their charge, to track down a lost child. This campaign is raising money to purchase these expensive, hard-trained service dogs for three young children with Autism

For more information, visit GoFundMe and its Facebook page.