The British military veterans were the first relay of amputees to successfully cross the Channel.

Thorpe said, “The crossing of the English Channel by the 4-man, ex-military, amputee team demanded an explosion of sustained swimming effort from the whole team in poor weather and deteriorating sea conditions. I am proud to have been a member of the ‘Leg’ team and a part of this success for Blesma and my limbless comrades.”

Barry Le Grys, Chief Executive of Blesma, said, “Craig, Jamie, Stephen and Conrad all worked tremendously hard over many months to make the swim a record setting success on the day. This is what Blesma is all about; helping one another to overcome the daily challenge, believing and proving there is a full life after limb loss. They are an inspiration to all disabled persons. I would also like to express my gratitude on behalf of Blesma to Giovanna Richards, the team’s Channel Swimming Association observer who has supported the team throughout the build-up and the swim itself.”

Blesma, The Limbless Veterans is the national charity for all limbless service men and women, their widows and dependants. It was formed in the years following the First World War and became a national charity in 1932. 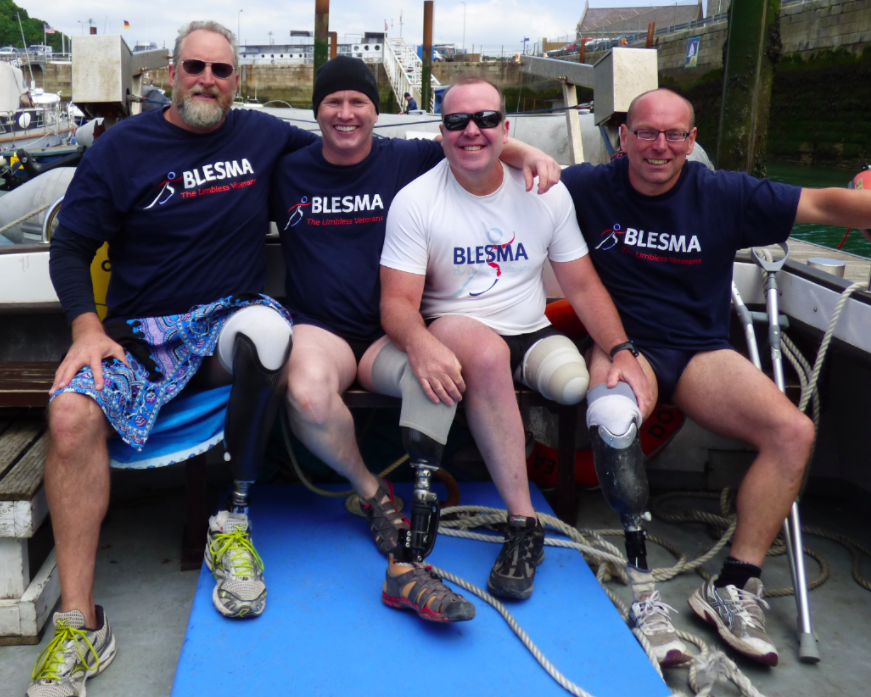 42-year-old Gillespie was serving as a Sapper with the Royal Engineers when he was involved in a road traffic accident and lost his left leg below the knee in 1994.

52-year-old White (52) was serving as a Rifleman with The Royal Green Jackets when a cruciate knee injury led to him losing his left leg above the knee.


53-year-old Thorpe served in the Royal Marines for 21 years, during which time he was selected for the Special Boat Service and served all over the world with them, retiring as a Lieutenant Colonel. Conrad damaged his ankle while running which eventually led to an amputation in 2011.