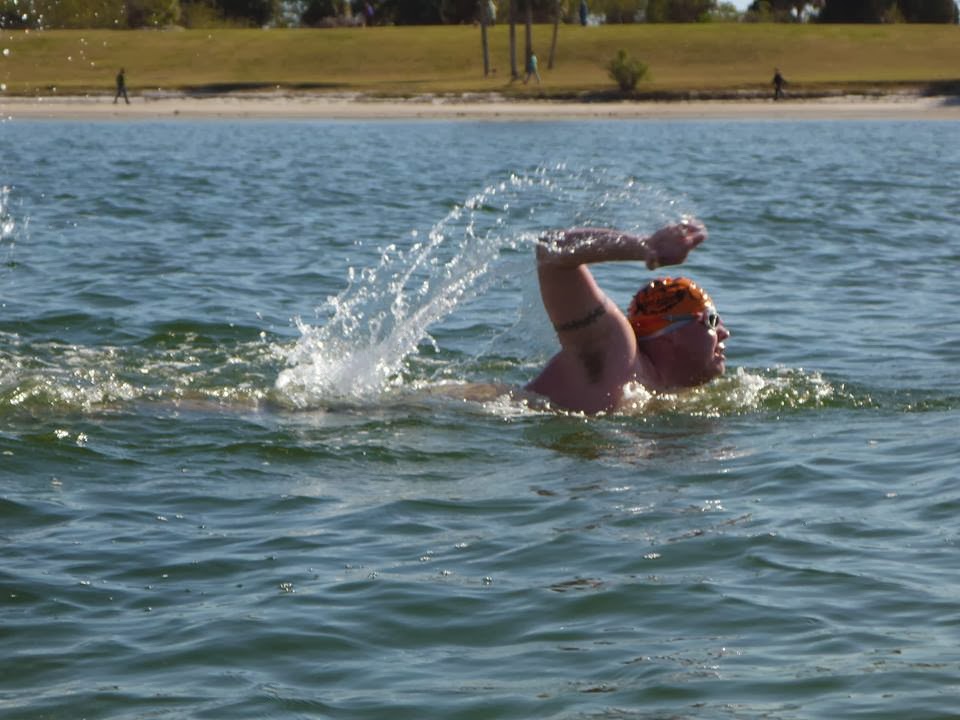 Ron Collins announced the 2015 class of swimmers who will compete in the Tampa Bay Marathon Swim.

“12 solo swimmers and three relay teams have entered the 18th Annual 24 Mile Tampa Bay Marathon Swim. Swimmers and their fans will be able to follow all of the action on race day via GPS tracker, Twitter and Facebook with updates, videos and pictures.”

“Every effort will be made to start the swim on Saturday, April 25th,” explains Collins. “If weather conditions are dangerous (high winds, thunderstorms, poor visibility) the start may be delayed or rescheduled to the next day, or an alternative race course may be substituted to adhere to safety guidelines.

Since this event was first staged in 1998, it has drawn competitors from across the United States, and from Great Britain, Guatemala, Italy, Mexico, Australia, Japan, Switzerland, Baliwick of Jersey, Argentina, Dominican Republic, Germany, India, Canada, and the Cayman Islands.”