The (Swimming) World Is A Better Place Because Of Bob 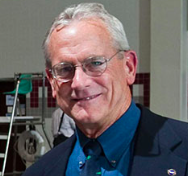 Courtesy of International Swimming Hall of Fame, Fort Lauderdale, Florida. The 2016 International Swimming Hall of Fame Yearbook summed up the life and achievements of Bob Duenkel upon his retirement as well as possible: “Bob Duenkel is as much a part of the International Swimming Hall of Fame as any Honoree or display. He started at the Hall of Fame in 1977 as a staﬀ member and leaves us [in 2016] as the Executive Director and Curator. Bob has had a love of swimming for most of his life. He began swimming for the YMCA of New Jersey and went on to swim throughout high school. In 1960, he was a State Record Holder, a a New Jersey AAU Junior Champion, and a New Jersey AAU Senior Champion. He attended Kansas State University where he was a many-time record holder and multi-award winner in swimming and played on the first ever Kansas State Water Polo Team. After graduating from Kansas State with a Bachelor of Science and a Masters in Physical Education, Bob moved to South Florida, where he got his State of Florida Teachers Certificate. He taught at Northeast High School as a Physical Education Teacher, worked as a water safety instructor and worked for the Fort Lauderdale Beach Patrol, all before joining the International Swimming Hall of Fame full-time in 1976. In addition to working at ISHOF, Bob swam Masters, where he was a Florida State Champion, as well as an AAU All-American. In 1976, he also began coaching swimming at Broward Community College and in 1978 was named the National Junior College Swimming Coach of the Year. In 1976, he took over the running of Camp Chikopi, a boys Sports and Wilderness Camp in Ontario, Canada, the World’s first Swimming Camps founded in 1920 by US Olympic Swim Coach Matt Mann II. Bob and his wife, Colette, still own and run Camp Chikopi today. In 1988, the USA won the FINA Long Distance Cup Championships, coached by Bob Duenkel; In 1997, he was named in Aquatics Magazine’s, “Who’s Who in Aquatics”; In 1997, Bob received the Glen S. Hummer Award, given by USA Swimming to the person or group making the greatest contribution to long distance swimming; In 1998, he was elected Treasurer of the International Association of Sports Museums and Halls of Fames; and in 1999, he was inducted into the Orange, New Jersey Athletics Hall of Fame. On Saturday, January 9, 2016, family, friends and co-workers came together to celebrate Bob’s ‘Swim Into Retirement’ and to thank him for his 40+ years of devoted service to the ISHOF. Bob is like a walking encyclopedia of swimming history. He knows every swimmer, every Olympiad, every event, every time and every stroke. His retirement ends an era, and the Hall of Fame will never be the same without him. His knowledge about the sport and his kind gentle spirit will be missed by everyone.” Duenkel passed away this morning at the age of 74 after a long illness. He is survived by his wife Colette, daughter Teagan, sister Ginny Fuldner and brother Richard Duenkel. He was scheduled to be inducted into the International Masters Swimming Hall of Fame in March 2019 – and was recently inducted in the International Marathon Swimming Hall of Fame as an Honor Contributor in the Class of 2019. “I always looked up to Bob; he knew everything and knew everyone – and everyone had a lot of nice things to say about Bob,” recalled Steven Munatones. “He was forever helpful and accommodating – and he made you feel that you were his top priority – even though you knew he had a lot on his plate. The swimming world – and all those who he touched – will miss him.” A memorial celebration of his life will be announced at a later date. Copyright © 2008-2019 by World Open Water Swimming Association