The Temple Of Open Water Swimming 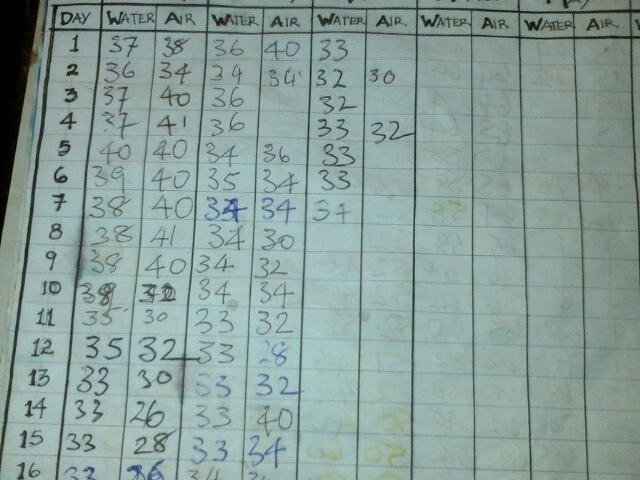 With a heavy fog laying down over Hyde Park, the early morning hours in the Serpentine presented a tranquility that was more characteristic of a rural setting than a venue in London.

In the heart of one of the world’s greatest metropolitan areas, youthful and middle-aged exercise enthusiasts were riding horses, cycling, and jogging. Some did push-ups and sit-ups while others stretched and sprinted in the park. Mostly everyone were soloists, each alone in their own thoughts buried within their workouts, but some expended energy in pairs or groups.

Despite the low temperatures, loads of perspiration dripped while heart beats raced. Everyone was performing their weekday rituals before work in a wonderfully refreshing ambiance of calm and serenity. The hustle of humanity and the sounds of cars and buses were masked by the British urban greenery and wide open spaces.

Tall athletes and short, male and female, young and old, talented and struggling, the faces of Hyde Park’s health-conscious lot represented the cultures of the world.

It was a temple of tranquility in the midst of humanity.

Birds chirping and swans swooping over the water in the lake were the loudest sounds heard other than the occasional gasps of sprinting runners or the brakes of sweaty cyclists.

But as we walked deeper into the park, white buoys tied together, framing the 110-yard lido used by the Serpentine Swimming Club. While the runners and cyclists burned calories by ceaselessly pumping their legs, it was the heroes and heroines stroking in the 1ºC water who demonstrated the extreme human potential for adaptability.

Swimmers like Rosy Temple casually walked 50m out of the Serpentine Swimming Club’s small locker room through the chilly mist and straight into the water – a waterway right on the brink of turning to ice.

She did not hesitate; she smiled.

She did not whine; she stretched.

She did not shiver; she swam.

“I was hoping to do four laps, but I ended up doing six,” said the young Irish swimmer showing her pearly whites. Like a mermaid in her natural setting, Temple gracefully emerged from the dark waters beaming from ear to ear. She neither ran to the locker room, nor raced to grab her towel. She chatted with her fellow swimmers – like John Tierney – unrushed and nonchalantly. Her skin – like the ambient temperature – was freezing to the touch, but her skin was scarcely pink while Temple showed no outward hint of discomfort.

“I’m from Ireland. We swim in the sea year-round,” she explained. “It wasn’t that cold.”

Now that is an understatement of epic proportions. With the water at 1ºC, Temple had casually swam 660 yards in a little under 15 minutes. Few humans in the world have this capability – or willingness – to swim so far in such low temperatures without shivering and no outward symptoms of hypothermia or goose bumps.

Temple has clearly adapted to the elements. She is hardened with a veneer of lithe feminine beauty and athletic strength. She has acclimated to the punishing cold as only a few people have. And she does it quietly without fanfare in the perfect solitude of the Serpentine lido, a true temple of open water swimming.

Photo above shows the air and water temperature in Fahrenheit of the daily temperatures in and around the Serpentine.