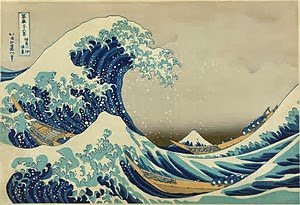 You and every open water swimmer is part of a global trend, a universal movement, an international craze.

Whether you are a pool swimmer looking for something different, a triathlete or a die-hard open water swimmer, you are part of the fastest and most profound change in the history of aquatics. Events are being started faster than any one governing body or national federation can keep track. Swimmers are taking to the open water in an unprecedented manner in untold numbers of bodies of water.

Open water swimming has not only become a word understood by the sporting public, but also a mindset. Athletes of all ages, backgrounds and abilities identify with the sport; they know the DNA, the code, the vernacular of the sport. This transformational shift from being a hobby practiced by a few hardy athletes to a sport enjoyed by vast masses of individuals is profound. It is due to a variety of factors:

1. The inclusion of marathon swimming in the Olympics beginning in 2008.
2. The aging demographic and interest by the vast Baby Boomer population.
3. Aquapreneurism in providing and producing new events, products and services.
4. The pandemic growth and usage of the Interwet from email and social networks to photo- and video-sharing services.
5. Evolution of the sport from establishment of governing bodies and codification of rules to coaching development and swimming holidays.
6. Cumulative knowledge of the sport continues to expand exponentially.

These six factors are creating a ever-widening vortex, an ever-growing community, a cascade of subsequent events that feeds upon itself. An increasing number of people are getting involved either in a direct or virtual manner, each individual offering their own time and talents to grow the sport. What is done by a swimmer in Greece is now known by a swimmer in Japan. What is accomplished by a swimmer in Ireland is now attempted by a swimmer in New Zealand. This ever-expanding library of knowledge and experiences is continually creating a global archive of data and awareness of the sport – it also includes photos, videos, impressions, reports…the very essence of the code of open water swimming.

And this code is inspiring, motivating and driving people to challenge themselves in the open water.

Most people cannot and will never swim butterfly or compete in a long-course swimming meet. They have no interest. But every person on Earth knows about the closest open body of water to them. As familiar they are about lakes, rivers, seas, bays and oceans, they are unfamiliar about individual medley, flip turns, hypoxic training and streamlining. While everyone – or even most people – in this generation may not start or ever do open water swimming, they are familiar with the venues and elements of the open water. Over time, we are confident that many in future generations will venture past the shorelines…based on the human history of doing open water.

Artwork above show the famous painting The Great Wave Off Kanagawa.