The Transition From NYC Swim To New York Open Water 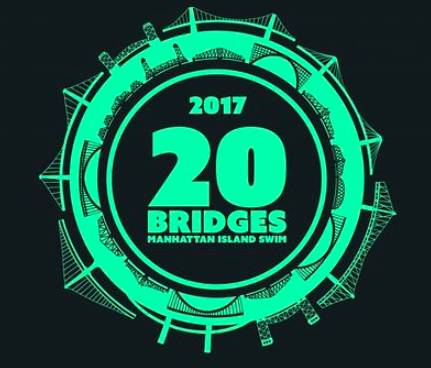 A humble, detail-oriented man who once declined the honor of induction in the International Marathon Swimming Hall of Fame on behalf of the Manhattan Island Marathon Swim, he developed Manhattan as an open water swimming hotbed.

His work not only resulted in swimmers from the United States flocking to the banks of Manhattan Island and its neighboring boroughs, but also his dedication was a beacon around the world for hundreds of foreign swimmers who would fly to New York to participate in the numerous NYC Swim events.

The former swimmer-turned-race organizer faced severe criticism from influential swimmers like Donal Buckley late in his career, but the signature race around Manhattan Island had really developed globally from the initial efforts of Drury Gallagher and Thomas Hetzel and a host of other volunteers like Julie Ridge.

Berger wrote, “After serving the New York community for over 20 years, the founders of NYC Swim decided to, with mixed emotions, hang up their caps and goggles.

Organizing open water swims has always been a labor of love, and it is time to pass the proverbial baton to the next generation. In 1993, when Drury Gallagher and Manhattan Island Swimming Association decided to close up shop after a decade of service, our merry band of volunteers stepped up to fill the vacuum as we could not imagine the annual Manhattan Swim disappearing from the calendar.

And now, swimmers in our region and around the world are fortunate, that New York Open Water has chosen to do the same and will continue to organize the swim around Manhattan under its own banner.

At the height of our group’s popularity, swimmers were afforded the opportunity to swim around the Statue of Liberty, Governors Island and of course, Manhattan. They could swim down the Hudson as part of the Little Red Lighthouse Swim; across the East River under the Brooklyn Bridge; and to Sandy Hook as part of the Ederle Swim.

When we first began, swimming in New York’s waterways was considered a laughable activity often met with much consternation. Now as we depart, the NYC metropolitan area is served by numerous groups which organize river based events annually. If you wish to experience New York from a completely unique perspective, then please check the following organization that schedule events annually, including but not limited to: CIBBOWS, NYC Triathlon, New York Open Water, New Amsterdam City Swim, River Pool at Beacon, Urban Swim, and Lady Liberty Sharkfest Swim.

Why are we leaving the open water stage? After twenty plus years of missing family events, seeing dear ones pass and having key members of the team having to focus on their personal health challenges, it was time to close the book. With so many open water swim options available and more being planned on the horizon, our community’s hunger for swims will easily be satisfied.

A huge thanks to the fantastic volunteers who have assisted over the years; the events and the participant memories would not have happened without your assistance and amazing support.

It was a great run.

In the great void of having Berger and the NYC Swim organize open water events for thousands of local and international swimmers, David Barra, Rondi Davies and Alex Arévalo of New York Open Water stepped in and stepped up for the open water swimming community in New York.

In a major way.

The trio did so with a deep passion and great attention to detail and logistics that is required in local waterways governed by so many different local, municipal, county, state and federal agencies. Their efforts paid off enormously for the open water community as they organize annual events include the following swims:

* 8 Bridges Hudson River Swim, a 193 km stage swim down the Hudson River
* 20 Bridges, a 45.8 km circumnavigation swim around Manhattan Island
* 40 Bridges, a two-loop circumnavigation swim around Manhattan Island
* 2 Bridges Swim, a 2.5 km and 5 km fast and scenic course in the Hudson River
* Governors Island Swim, a 2-mile swim that start at Castle Williams, goes counterclockwise around Governors Island, and ends at Pier 101
* Spuyten Duyvil 10K, a 10 km course starting at Yonkers and finishing in Manhattan along a current-assisted route through tumultuous the Spuyten Duyvil where the Harlem River meets the Hudson River

New York Open Water by David Barra, Rondi Davies and Alex Arévalo was nominated as follows, “New York Open Water has rapidly stamped and shared its vision on the marathon swimming world. The event management entity has taken the energy and opportunities of the defunct NYC Swim to a new level. David Barra, Rondi Davies and Alex Arévalo built upon the Manhattan Island Marathon Swim and other established swims around New York City – and extended and strengthened the opportunities to swim around, in and near the Big Apple. From the nearly impossibly long 91.8 km 40 Bridges Double Manhattan Island Swim to the most definitely long 193 km 8 Bridges Hudson River Swim, the passionate trio has built a solid foundation of races for the world’s most extreme marathon swimmers.

For reviving and expanding the Manhattan Island Marathon Swim as the 20 Bridges event, for creating and hosting the longest solo marathon swims and stage swims in the world, for attracting swimmers from around the world to New York, New York Open Water is a worthy nominee for the 2017 World Open Water Swimming Offering of the Year.“