The Travel Channel Goes To Brazil For Open Water 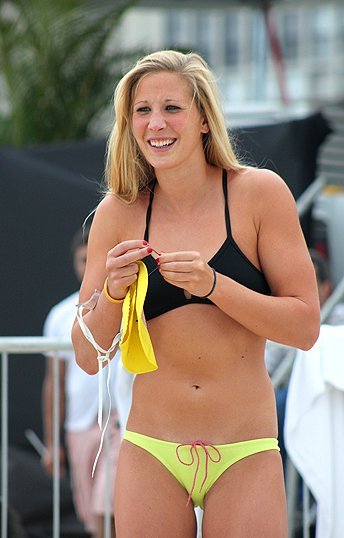 Bikinis & Boardwalks is a program broadcast on America’s Travel Channel and will travel with Aaron Peirsol, Ashley Twichell and Lexie Kelly to Copacabana Beach in Rio de Janeiro for a made-for-television open water race held this weekend.

Bikinis & Boardwalks will cover the swimmers competing in the highly competitive, massively popular King and Queen of the Sea race.

In the elite professional race, a male and female team of professional athletes will each race three 500m loops in the ocean course. Each 2-person team can choose who they want to go first and who will be the anchor.

But Bikinis & Boardwalks will also cover the Americans as they train and prepare, eat the local foods and interact with their fellow competitors, and enjoy the sights and sounds of Rio de Janeiro.

The Travel Channel is an American cable and satellite television channel that features documentaries, reality, and how-to shows related to travel and leisure around the world. Programming has included shows in African animal safaris, tours of grand hotels and resorts, visits to significant cities and various foods across the world, but this will be its first show on competitive open water swimming.