The Uniqueness Of Rob Copeland 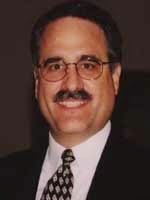 No one has done all three of these swims but the American senior statements of open water swimming, Rob Copeland.

And the 42-year-old did it in a single year (1999). But in his own humble way, the former president of U.S. Masters Swimming and long-time race director downplays his own East Coast Triple Crown.

“This [achievement] is as much due to the nature of these events as it was the timing.”

Rob Copeland recalls that swim season of 1999, “The Tampa Bay Marathon Swim was my first true marathon race and I made a few rookie mistakes, which made it the most challenging marathon of the season. For starters, I met my kayaker for the first time the night before and we only discussed feeding schedules. We didn’t discuss navigation and positioning, so we wandered around the Bay a bit and she was often 10-20 yards directly ahead, instead of at my 3:00. I’ve sense learned the importance of great swimmer/kayaker communication and planning. Secondly, I didn’t properly lube up and apply sunscreen, so at the end of the race I was bleeding from the neck and has a few spots of bad sunburn on my back and shoulders. And finally I took it out too fast so that by the end I could barely lift my left arm; it took a week to regain full range of motion. Thank the aquatic gods that the weather conditions were otherwise perfect for the swim.”

“Next up was the Manhattan Island Marathon Swim. This time, I had an experienced kayaker and support boat – Morty Berger does a phenomenal job of lining these folks up – and one of my crew had done the race the previous year, so that helped. I was also well-rested and had learned from my Tampa Bay mistakes, so this race went a lot more smoothly. As you know, there is something unique about current-assisted swims; that and the amazing New York skyline. This was probably my best marathon swim. I felt good the entire race and between the perfect weather and the best tides and current in MIMS history, I was able to break the 7-hour mark, which according to the NYCSwim website is still the third fastest MIMS time, behind Tobie Smith (6:32) and Tammy Van Wisse (6:51). Of course, there are a lot of faster non-MIMS Manhattan swims, including Shelly Taylor-Smith’s 5:45.”

“The final of the 3 races was the Atlantic City Marathon. Thanks in part to my long-time friendship with Sid Cassidy and my swims earlier in the year, I got an invitation to compete in the Atlantic City Around-the-Island Marathon Swim. Unlike the professional swimmers in the race, I had to supply my own kayaker, so I didn’t get the advantage of a rowboat draft or the navigational experience of the pros – those rowers did a great job. Nonetheless, I enjoyed the challenge of the changing conditions as we swam from the inlet to the ocean to the bay through the back waters and back to the inlet. As I recall, we had about a 20ºF difference in water temperature form the ocean to some of the back waters. What I remember most about this swim were all the spectators lined up on the Intracoastal Waterway and the stench of the Atlantic City waste treatment facility.”

With that prolific year of 1999 in his wake, the tireless visionary in the sport among the masters swimming community is currently the chairman of the Georgia LMSC Open Water Committee and was the 2011 recipient of the Captain Ransom J. Arthur M.D. Award from U.S. Masters Swimming. Below is a visionary discussion with Swimming World Magazine‘s Brent Rutemiller in 2008: