The Ups And Downs Of The Night Train Swimmers 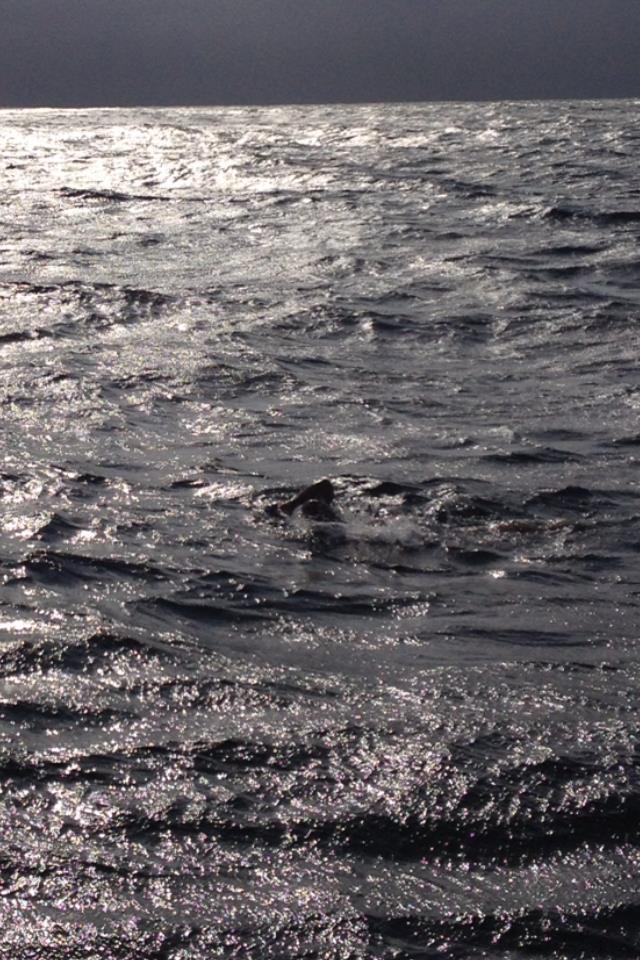 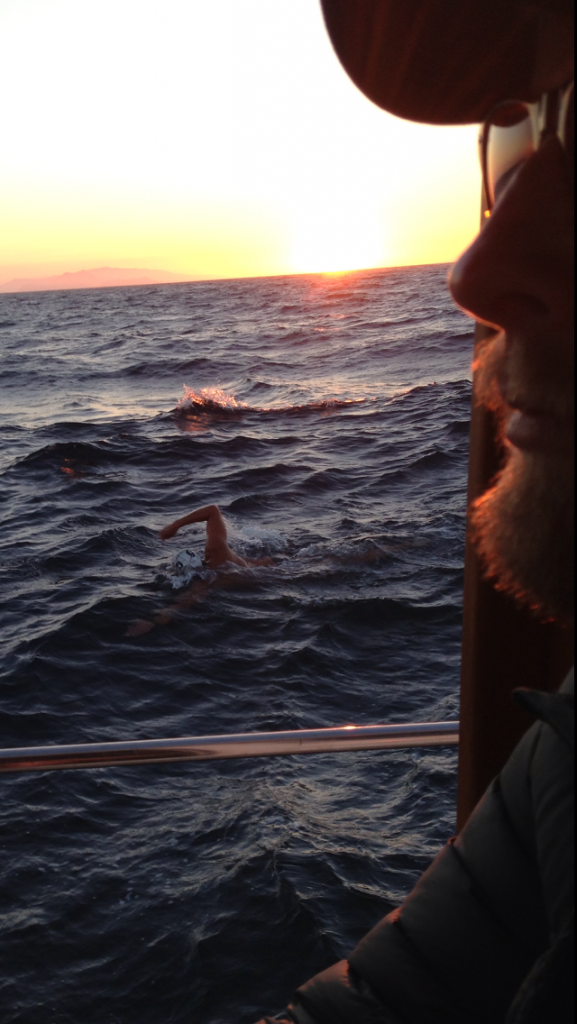 It started out with marine advisory warnings…and has not let up. The Night Train Swimmers are nearing the halfway point after departing on Thursday afternoon from Gaviota State Park, north of Santa Barbara.

Captain Vito Bialla reports from the escort boat Sequel that the team has another 130 miles (209 km) to go.

By their second sunrise, the water temperature had risen to 60ºF (15.5ºC), but “the cold patches are brutal,” says Zach Jirkovsky who like his teammates is getting in and out of the Pacific Ocean four times per day for an hour stint each. “The Southern California hospitality has gone out the window and this swim is becoming a challenge.”

But Bialla, a member of the South End Rowing Club of San Francisco, remains focused and smiling. “The Northern California swimmers are in their element as Luane [Rowe who is swimming with a broken foot] jumped in at 5 am and yelled ‘whoopy’ as she surfaced from her dive. She prefers colder water and waiting for sun to rise . Our unscientific forecast has us finishing somewhere between Monday evening and Tuesday morning. After all cold “wadda” makes you swim fast.”

The Nighttrain228 can be followed by their SPOT Tracker here.

The team of Captain Vito Bialla is progressing steadily with navigator Hal McCormick and Patrick Horn, together with Phil Cutti (shown on right and above), David Holscher, Zach Jirkovsky, Luane Rowe, Blair Cannon, Grace van der Byl, and Walter Scott Bean as they raise money for the Navy SEAL Foundation.

The Night Train Swimmers website is here with more information.