The World’s Clean Adult Athletes Must Protect Themselves 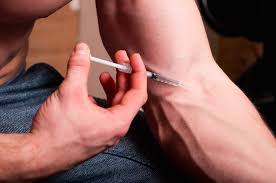 “With the latest series of rulings by the Court for Arbitration in Sport, it has become clear that the world’s clean swimmers, must fend for themselves. The entire ‘Olympic Circus’ exists for the dollars to flow, and all verbiage of ‘Zero Tolerance’ is utter nonsense. In point of fact, ANYTHING that disrupts the flow of dollars via the TV contracts and sponsor dollars, is the only thing where ‘Zero Tolerance” is actually demonstrated. The Primary mover of the IOC is the Games (with our best athletes) must go on,” starts off John Leonard of the American Swimming Coaches Association and the World Swimming Coaches Association.

Protection of doped athletes, at the expense of clean swimmers is the reality. The world’s majority of swimmers, who are clean, suffer for the few who pervert sport into the circus. They lose money, fame and opportunity due to cheaters in every sort of event. This is not sport, this is IOC entertainment.

The athletes are the show. Athletes must ban together and demand simple direct solutions to the Doping Crisis, or suffer the continuing affronts to their efforts. The bad guys are the IOC (Ringmasters of the Circus) and all downstream from them, including the International Federations, the National Olympic Committees, the national sports federations, and the obviously misnamed World Anti-Doping Association. (WADA). The Court of Arbitration for Sport (CAS) is included, protecting the guilty rather than the innocent in the name of ‘fairness’. [It is] utter nonsense.

Some are guilty of crimes against clean athletes by action, others by word, and others by failing to speak out against the outrages of the level above them. In the United States, the U.S. Olympic Committee does not demand the end of IOC support of doping, and that of WADA, because it wants the Games in Los Angeles in the next Circus. Rocking the boat of the IOC does not endear the USA to the IOC. USA Swimming fails to speak out for fear of offending the U.S. Olympic Committee, one of its major funding sources. And speaking at some point must give way to action. If you are not being heard, you must be in action instead.

WADA is run by a compromised and conflicted member of the IOC, who would rather the circus go on, than do what could have been done to prevent the abuses of the past four years. His excuse is, It wasn’t my mandate.” No, sir, but clearly you should have made it your mandate if you had Zero Tolerance.

TV will follow the leading athletes. Money follows TV. The top ten swimmers in the world should demand:

2) Governance of WADA by uncompromised dedicated anti-dopers. Not by conflicted people who have the IOC as their chief interest. Clean leadership will give you clean anti-doping.

3) A WADA paid for without IOC funds. Sport is world business. The world’s governments must fund a truly independent agency with investigative powers. IOC funds taint the process with self-interest: Protect the Games.

No one ever wants to see a boycott, but it’s time to stop avoiding the word. Do the clean athletes suffer more from losing to cheats, or from refusing to participate until the game is clean?

If the world’s top ten swimmers and all other sports’ athletes refused to participate until the game is clean, the Olympic world would conform instantly. There is not Game without the world’s best athletes.

Hard, horrifying facts, clear to all who pay attention. Time for Action.