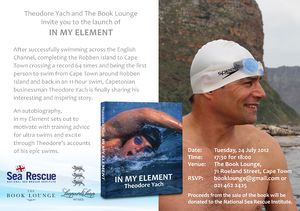 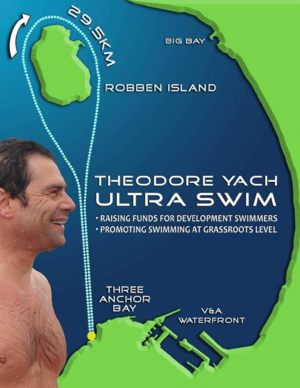 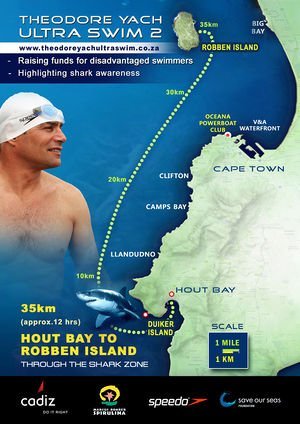 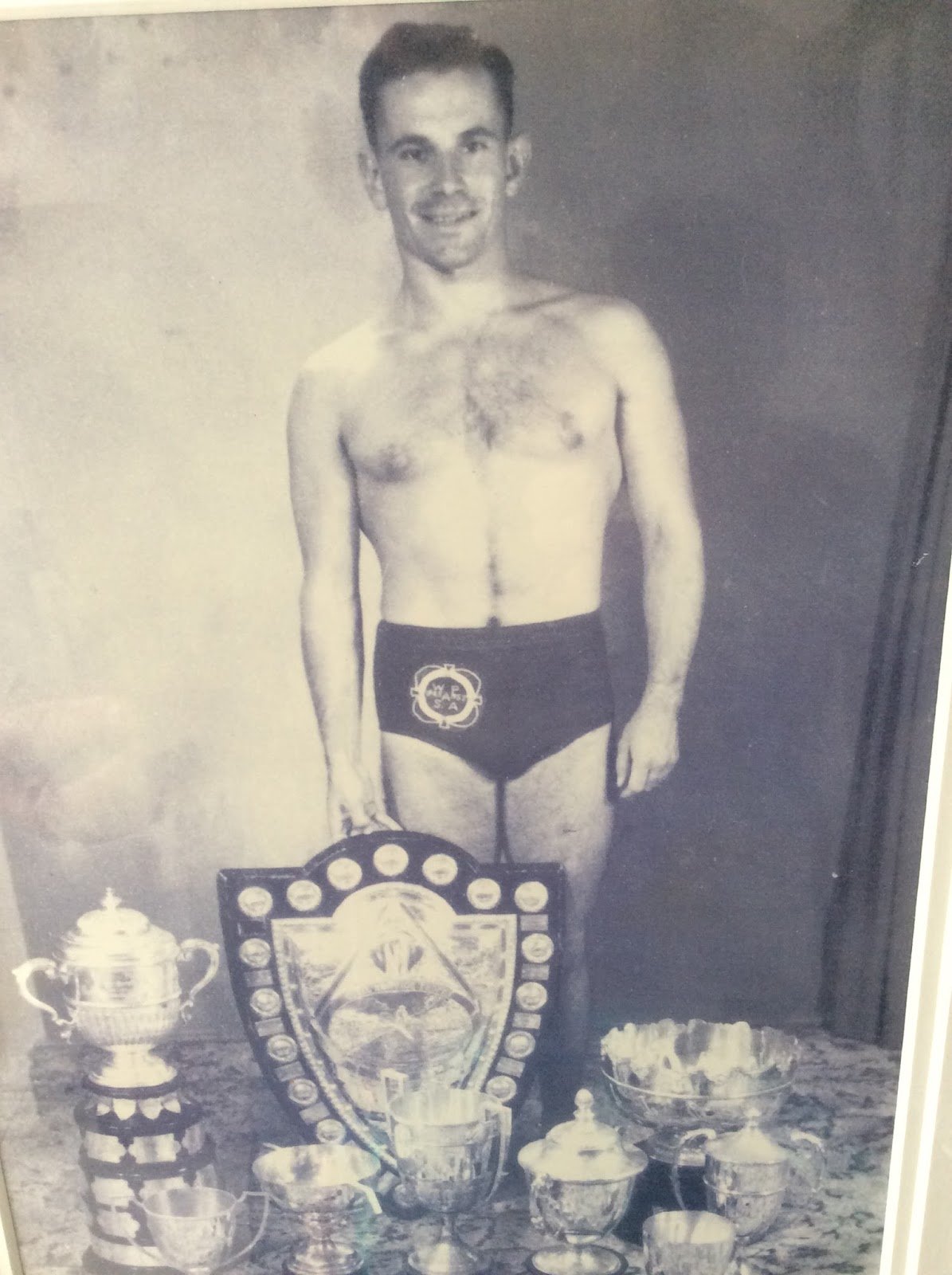 Theodore Yach recently completed his record-setting 93rd crossing of the Robben Island. At this pace, the South African swimmer will soon complete 100 crossings of the infamous prison island. This 3-decade-long achievements is in addition to his English Channel crossing and Sea of Galilee swim and a number of charity swims around South Africa.

“Yach is the most successful and consistent endurance swimmer South Africa has ever produced,” says Lewis Pugh.

“Not only he did he undertake his first crossing 35 years ago, but a majority of his swims were the long Robben Island crossings between the island and 3 Anchor Bay which are always tough and cold. By way of comparison, the next most successful Robben Island swimmer has done 52 crossings.”

“The swim to Robben Island from Cape Town combines everything we love about these endeavours – cold water, sometimes wild seas, difficult currents, interesting sea life and an overall beauty that rivals most other swim spots around the world.”

Yach has the benefit of some great family DNA. His brother Derek Yach, a world-renowned doctor, successfully crossed the English Channel in 1987 in 9 hours 48 minutes. Their father was Solly [shown on left in 1951] who was one of South Africa’s top swimmers in the 1950’s as well as representing South Africa in water polo at the 1952 Olympics.

Besides his success in business, he wrote a fascinating book called In My Element, an insider’s look at the sport of open water swimming with an outstanding mix of beautiful photography, explanatory text, and personal insights. Set within the backdrop of the wild waters off the South African coast, Yach tackles myriad subjects of the open water swimming with an intense passion that can only come from first-hand experiences with cold, sharks, tides, currents, jellyfish and thoroughly inhospitable conditions in the open ocean.

“I have only experienced hypothermia twice out of over 100 ‘cold water swims’. The first time in 2010 when I joined Ram Barkai and company to become the first six folk in the world to swim a mile in under 3°C in a frozen dam in the Northern Cape. I wanted to test myself. It took the medical team approximately an hour to revive me. My core temp dropped to 28.5°C – 15 minutes after I exited the water.

The second time was in 2012 when swimming from Robben Island to Blouberg the temperature dropped from 10.5°C to 8.5°C at the 1 hour 22 minute point. I actually told the crew that I thought the water had warmed up. In both cases, the combination of my own cognitive processes coupled with superb backup on the boats intervened to rescue me. In my view, the crew’s expertise is more important than the swimmers.
“

He talks about how he gets through the tough times in the ocean. “Cold adaptation is critical. I still go through my boring cold adaptation processes today after 35 years of cold water sea swims. Secondly, I never compromise on boat crews. If I don’t trust my boat crew and if they do not have the requisite experience, I don’t get in. Hypothermia is insidious so there are times when swimmers are not aware of the trouble they are in and the crew do not pick up the signs.

Thirdly, I have certain goals that I want to achieve with my swims. I have raised much money for various charities plus there are several swims that I want to achieve in and out of South Africa. It is very important for me to goal set. And finally – and I don’t apologise for how this sounds – I am inspired by the feats of the great marathon swimmers around the world. That is a big driver
.”

“Theodore is truly a role model in the open water swimming world,” says Steven Munatones. “He not only has helped others in the sport and organized local swims, but he also raises lots of money and awareness through his unprecedented charity swims. And of course he is best known as the King of Robben Island with his unprecedented number of crossings between the former prison island and the mainland around Cape Town. Just doing it once is an achievement – doing it 93 times is very Streeter-like, South African style. It is time for his accomplishments to be recognized internationally and by his peers, especially as he closes in on 100 Robben Island crossings.”