Theodore Yach Is 76 And Counting 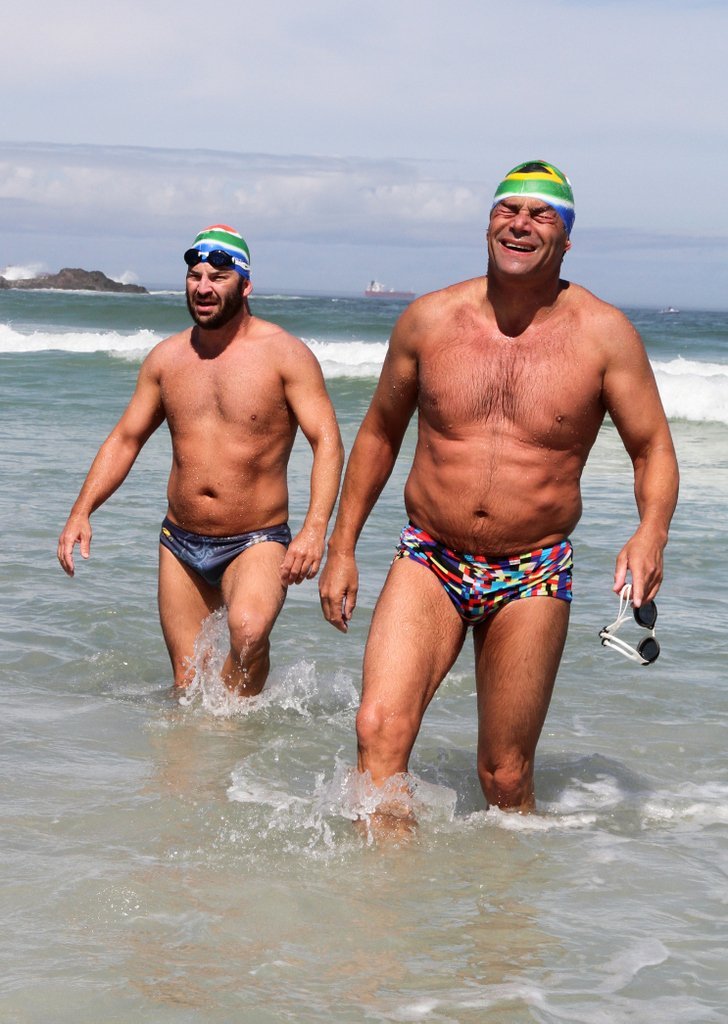 South African Theodore Yach swam his 76th Robben Island crossing this past Sunday with a charity group. “We raised R300,000 (US$29,610) for educational training programmes,” explained the most prolific swimmer of Robben Island.

Over the course of four decades while subjecting himself to jellyfish stings, bluebottles, and a host of other challenges like sharks and water that can drop to 9˚C with an averages of 13˚C, Yach has completed a solo swim from Robben Island to Cape Town 76 times while raising more than R2,000,000 over his career of charity swims.

When he is not in his Speedo, Yach is equally comfortable in a suit as a partner at Zenprop, one of South Africa’s top property development and investment companies. He is also a trustee of the Mauerberger Foundation that provides scholarships and educational support, and a director of Wesgro, the Western Cape’s Destination Marketing, Investment and Trade Promotion Agency.