There Is No Looking Back 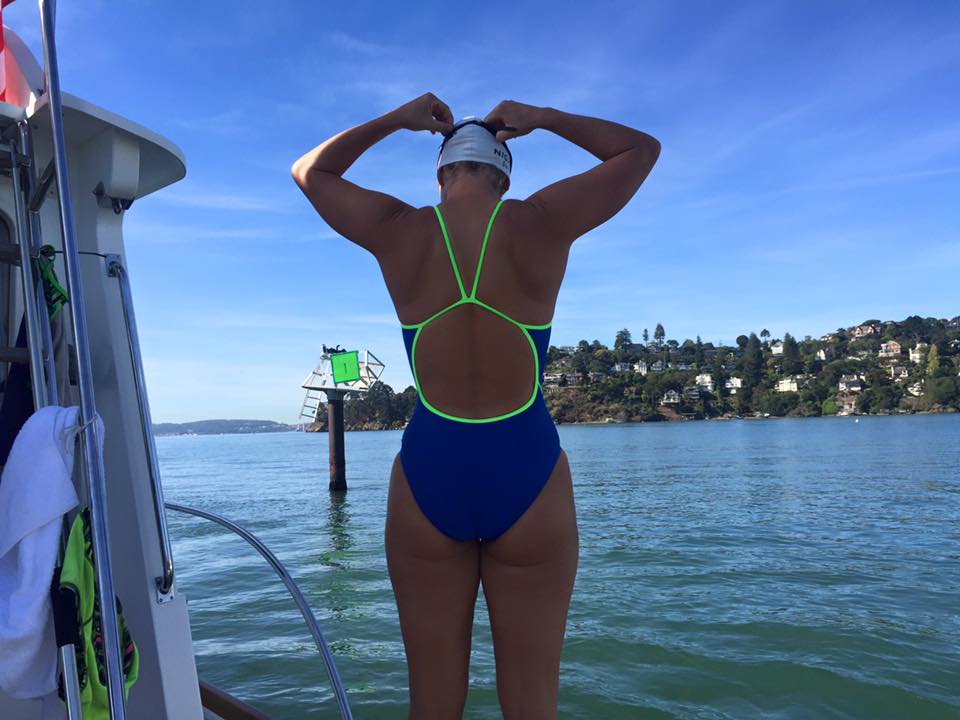 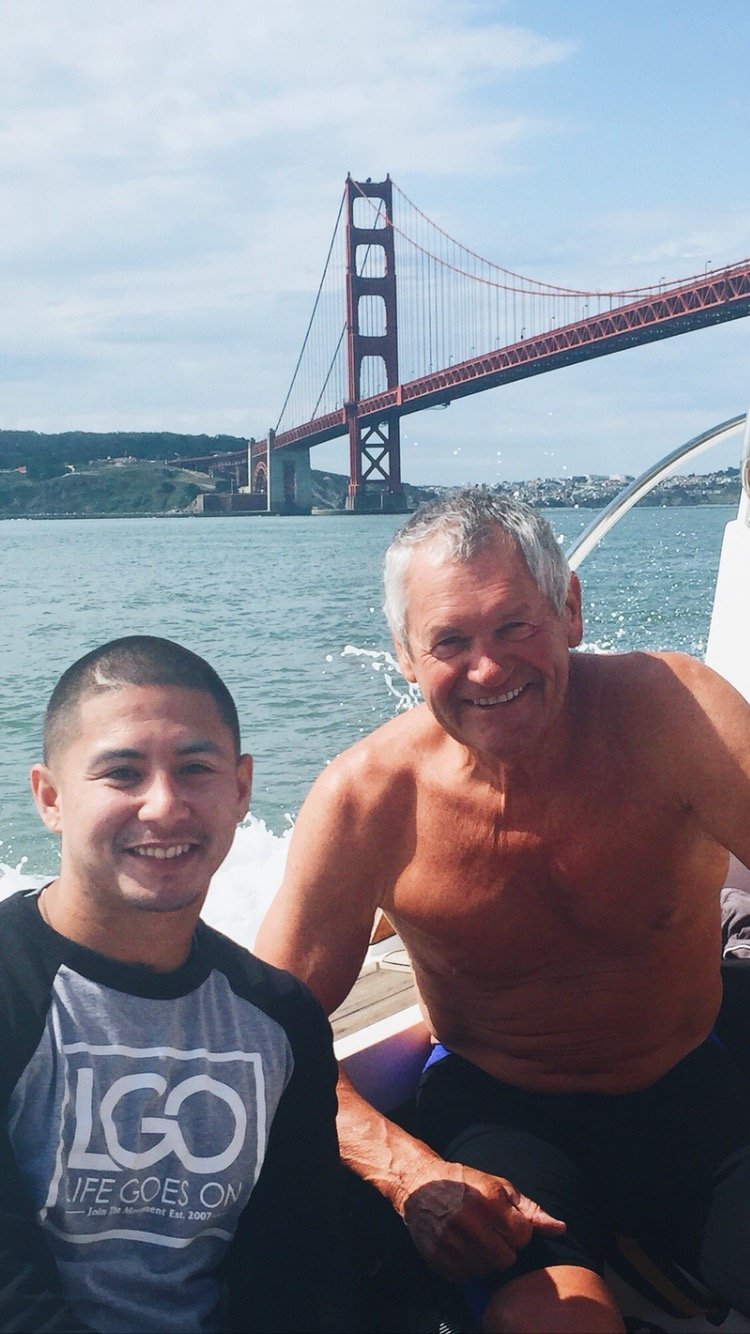 After Grace van der Byl jumped in San Francisco Bay at 10 am this morning [shown above] to start the Night Train 300 relay (NT300), there is no looking back until the sextet swims a total of 300 miles (482.2 km) in another charity swim by the Night Train Swimmers.

In a charity swim on behalf of Arthur Renowitzky [shown on left], Grace van der Byl, Dave Holscher, Kim Chambers, Adam Eilath, Ashley Horne and Vito Bialla will swim through 6 days and nights in the chilly San Francisco Bay as they plan to swim upwards of 70 miles a day with a little help from the tides.

Start is at the green marker by the Corinthian Yacht Club. The team will then swim towards Sausalito, then the north tower under the Golden Gate Bridge, then back through the Racoon Strait as they loop around the Bay as far south as Giants Stadium.

The NT300 can be tracked live here.