They Are Lining Up To Watch In Navia 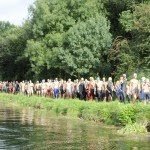 The 1.1K, 1.7K, 3K and 5K races down the picturesque River Navia in Asturias, Galicia in northern Spain started in 1958 and have been getting bigger and better ever since. 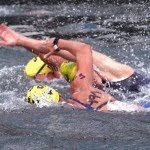 For the second year, the event will be broadcast via a number of cameras and should be an extremely exciting race tne television production.

“With the currents and tides, our winners in the 5K race have ranged from 32 minutes to 1 hour and 12 minutes due to the different conditions,” said Ignacio.

Fast or slow, it is a great event to do and see live online on RTP’s EN DIRECTOR) on August 8th.