Things Are Looking Up For Aurélie Muller 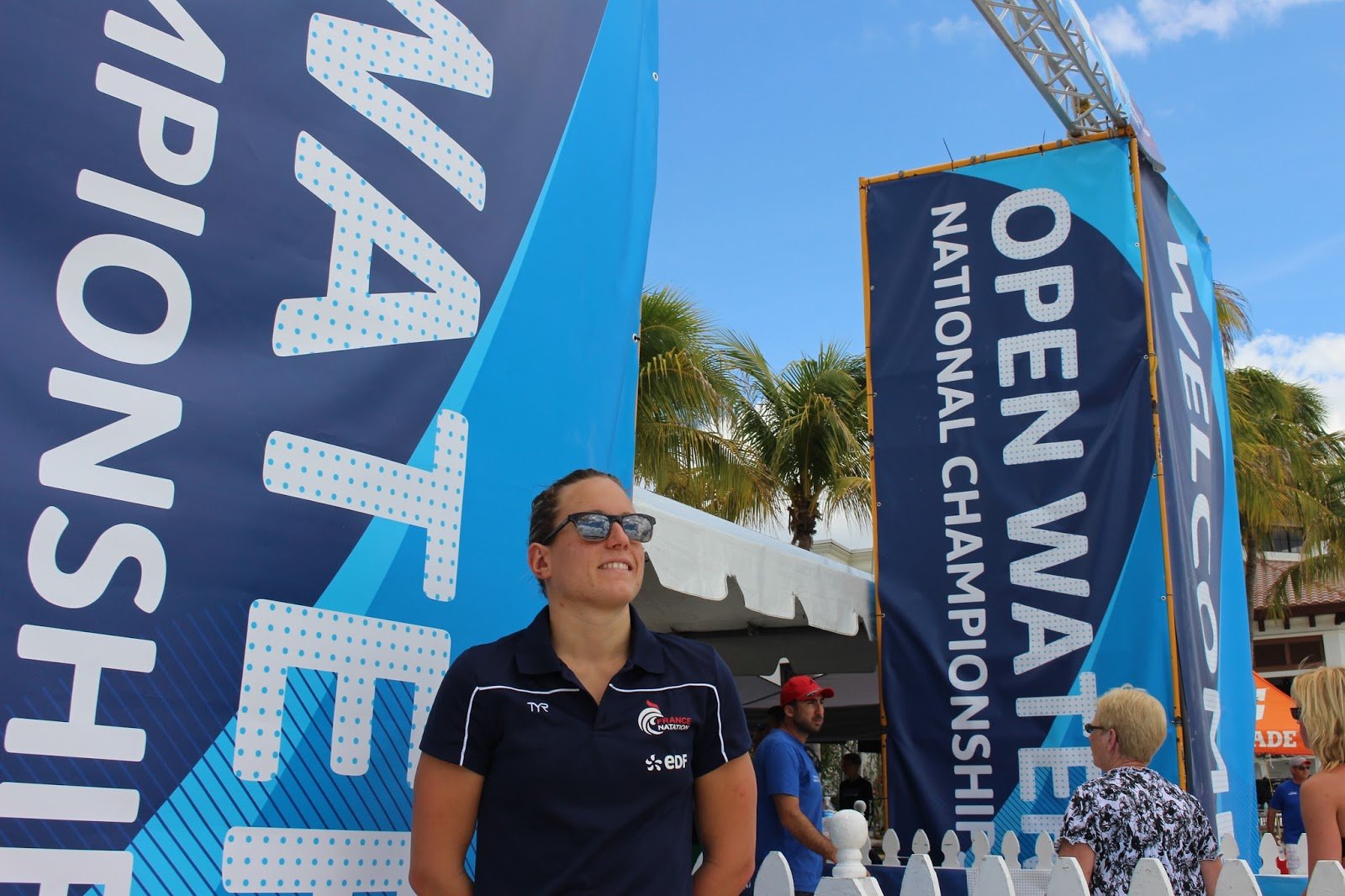 Aurélie Muller has a beautiful stroke and mindset for open water swimming.

Her steady arm stroke and balanced kick is so silky smooth and so streamlined that the 2-time French Olympian rarely needs to lift up her head to sight during a race. Her navigational IQ is off the charts.

The 2015 world champion is one of the pre-race gold medal favorites at the Rio Olympics. Despite her hard training with teammates Sharon Van Rouwendaal and Marc-Antione Olivier, she visited Florida to compete in today’s 2016 USA Swimming National Open Water Swimming Championships.

Her steady 80-82 stroke per minute pace looked so graceful and fluid. Her spatial awareness enables her to know exactly where she is relative to her competition. She is a masterful tactician as she alternatively picks up the pace to lead and then turns over on her back to allow the field to catch up.

Watch her at the finals of the Olympic 10K Marathon Swim where she will attempt to win gold.