Things That We Ponder While In The Open Water 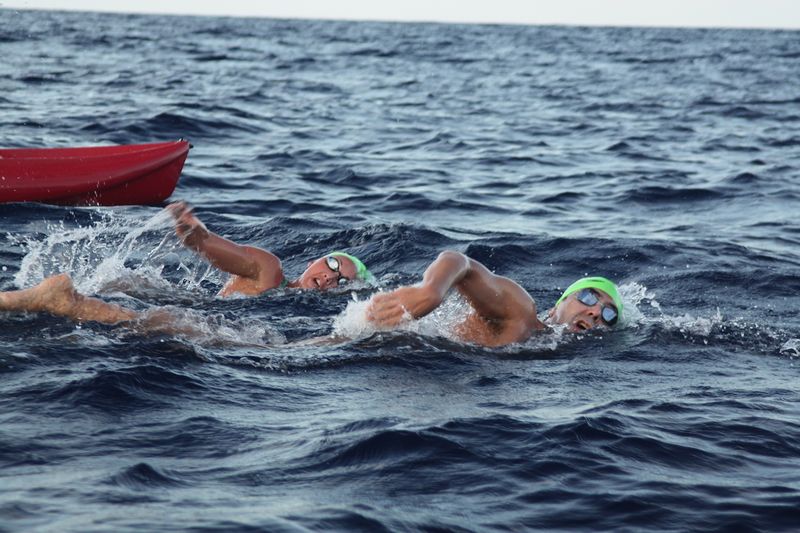 We love how swimming in the open water enables – profoundly stimulates – us to think deeply and randomly about many things. Isolated from the stresses and noises, both figuratively and literally, of the dryland, our mind wonders, both aimfully and aimlessly.

Dryland athletes drive to the mountains, head to the forests, and walk in parks in order to enjoy nature.

But literally one or two strokes from the shoreline and swimmers are in a totally different world, the marine environment where the sights, sounds and sensations of the terrestrial world go immediately away.

As we miraculously on the surface of the water, we ponder many things without rhyme or reason as thoughts go inexplicably through our minds:

* Is there some kind of common marine language between species like whales and dolphins?
* How deep do sharks go in the ocean?
* When will Benoit Lecomte start his swim between Tokyo and San Francisco?
* Is there anything better than terrycloth to dry off from a swim?
* If we increase the elasticity of our capillaries by 10%, how much faster will we be able to swim?
* How far could we possibly swim without food or drink or sleep?
* Are sharks really attracted by human blood?
* Over the 420 million year evolution of sharks, how many humans total been attacked by sharks?
* Are sharks really attracted by human blood?
* If we could swim as fast as a dolphin at full speed, how long would it take to swim across the English Channel?
* Are Great White Sharks in the Farallon Islands any different than Great White Sharks in Cape Town?
* How did scientists determine the average ocean temperature is 16°C (61°F)?
* If sea turtles can eat jellyfish without harm, what can we learn from their body chemistry?