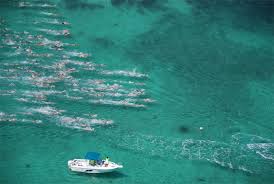 The conditions can be rough and bumpy; turbulent and lumpy; wavy and windy. As open water swimmers know well, the rough water conditions present problems for some and opportunities for many.

FINA has not yet decided where the 2016 Olympic 10K Marathon Swim qualification race will be held or what the qualification process will be. The FINA Technical Open Water Swimming Committee and TOWSC Commission will discuss the qualification race and process in Hong Kong in October. Then the FINA Bureau, based on the recommendations of the TOWSC, will finalize the proposal to the International Olympic Committee sometime in 2014.