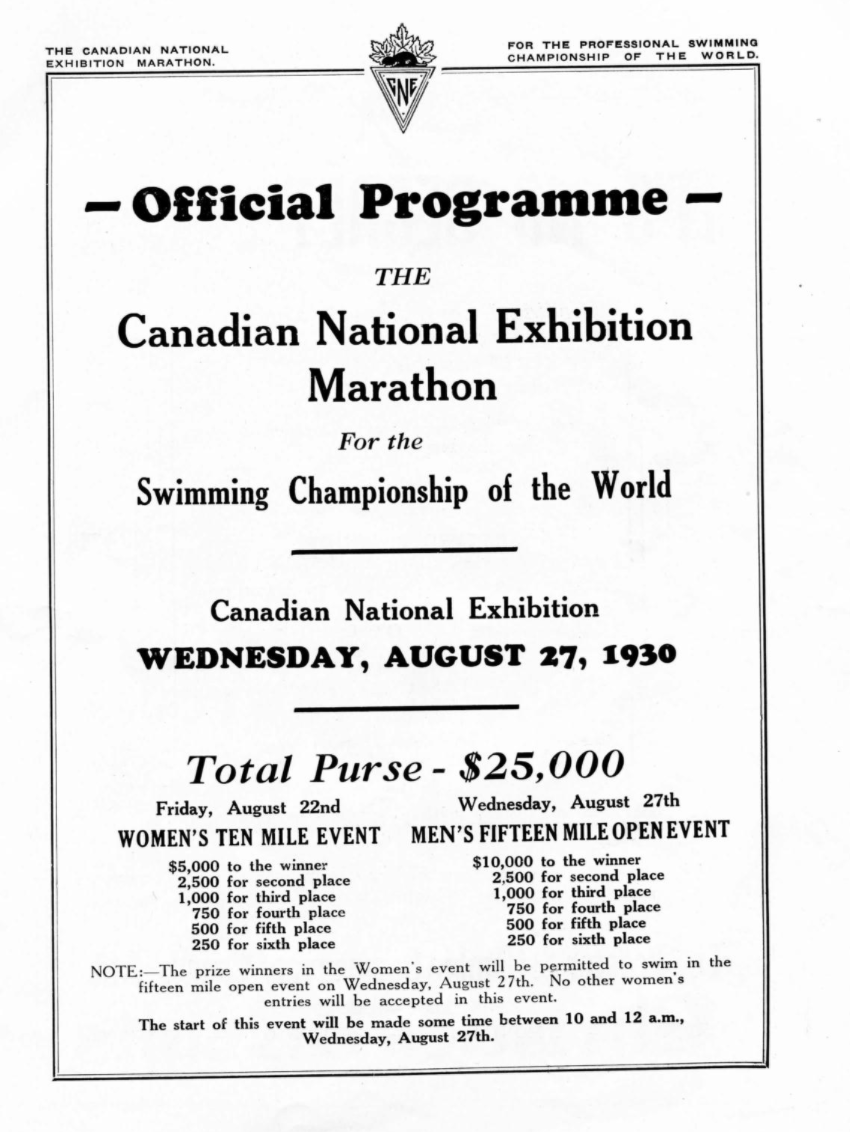 Marvin “Duke” Nelson, an Honor Swimmer in the International Marathon Swimming Hall of Fame from Iowa, did not finish his first two attempts at the prestigious Canadian National Exhibition races in 1928 and 1929.

But he came into his own in his victory at the 1930 15-mile world championship race at the Canadian National Exhibition in a field of 273 swimmers.

He was among his contemporary giants in the sport: Ernest Vierkoetter, George Young, William “Bill” Sadlo, Jr., Francis “Frank” Pritchard, and Norman Ross.

Canadian superstar George Young would eventually win the CNE in 1931.