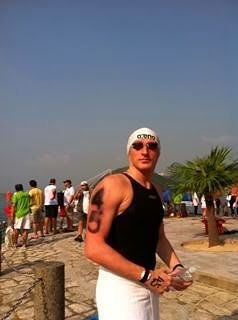 Thomas Lurz, and his female counterpart Emily Brunemann, will most likely wrap up their titles on the FINA 10K Marathon Swimming World Cup professional circuit today.

This will be a season-ending swim for the German superstar that saw him dominate the series at the age of 33 years.

In addition to the 10 km race in Repulse Bay, the FINA Technical Open Water Swimming Committee will hold meetings to discuss the all-important aspects of the Olympic qualification process for the 2016 Rio Olympic Games.

The FINA Technical Open Water Swimming Committee is well-represented by countries around the world. These representatives make recommendations to FINA for implementation on the world stage.