Over a five-year period, Thomas Pembroke of Australia traveled the world to complete the Oceans Seven while raising money for a variety of causes.

Pembroke became the second Australian, the 13th person in history, and the youngest person to achieve the Oceans Seven at the age of 29 years 10 months and 6 days with his crossing of the 23 km Cook Strait. He crossed the Oceans Seven channels over a 5 year 4 month 30 day period at the following ages: 1st channel: 24 years 5 months 7 days when he crossed the 33.5 km English Channel between England and France on July 15th 2013 in 14 hours 59 minutes

2nd channel: 26 years 7 months when he crossed the 35 km North Channel from Northern Ireland to Scotland on September 8th 2015 in 12 hours 10 minutes as a fundraiser to benefit disabled children in Papua New Guinea

3rd channel: 27 years 4 months 14 days when he crossed the 45 km Molokai Channel from Molokai to Oahu in Hawaii on June 22nd 2106 in 15 hours 27 minutes which he swam to benefit Kiss Goodbye to MS

5th channel: 29 years 2 months 26 days when he crossed the 14.4 km Strait of Gibraltar between Spain and Morocco with Marty Filipowski, Mark Mallison, and Victor Pineiro on May 4th 2018 in 4 hours 18 minutes 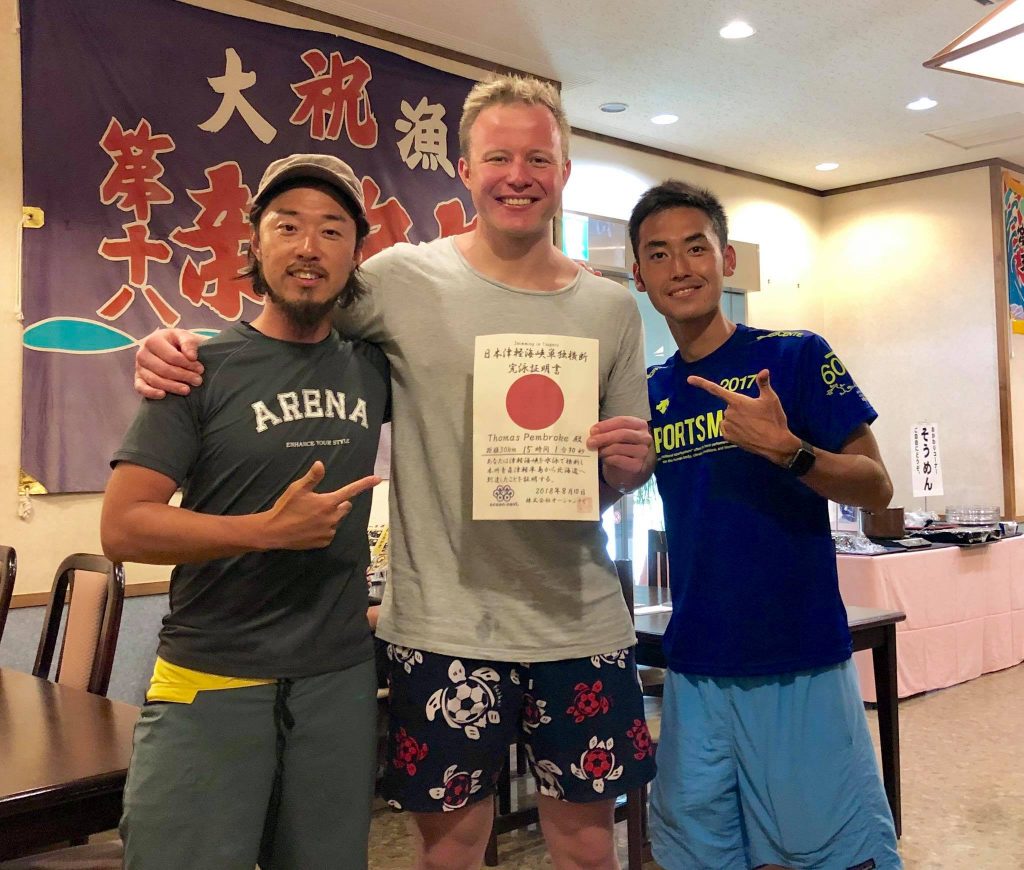