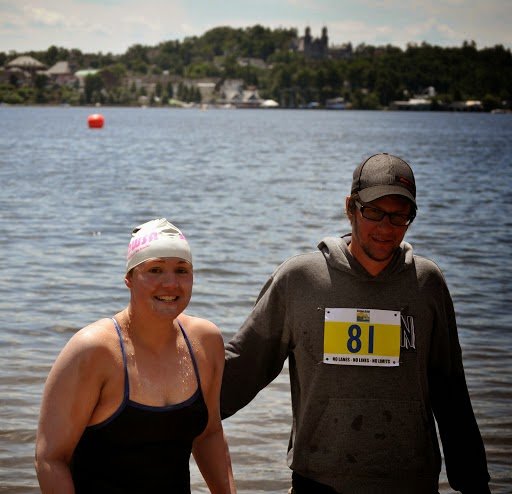 Sarah Thomas of Colorado has quite a resume of marathon swims around the world.

But if there is a sweet spot in her resume, it is long lake swims including Loch Ness, Lake Tahoe, and Lake Memphremagog.

She has another major lake swim planned for the next 50-60 hours starting tomorrow at 8 am Denver time in Lake Powell. “I plan to embark on an 81.8-mile (131.6 km) swim from Bullfrog Marina to Wahweap Marina on Lake Powell [along the Utah-Arizona border],” writes Thomas on her Facebook page.

“When you look up “How far is it from Bullfrog to Wahweap?”, you’ll see that most places will say it’s about 100 miles. We’ve spent months creating a route that is effectively the shortest distance between those two points – cutting corners across the canyons from direct point to direct point. This has been very tricky to do, since this lake was once a river and winds it’s way through canyons.

I’ve learned more about waypoints, water pools, and navigation than I ever wanted to know. I’ll spare you the details, but know many, many hours were put into creating the route. It’s been shared with others outside my crew and checked and rechecked dozens of times. We have an “official route” and my observers will document any deviations from the plan. There are some unknowns on this and we’ve tried to be as perfect as possible, so that no matter what I won’t be under 81.8 miles.

When you follow this on the GPS, please remember that most maps won’t show the accurate water level. We may appear on land or that we’re taking an odd route around nothing, but there may be a rock in our way that doesn’t show up on the Internet

Thomas can be followed here.

Thomas cautions those who will be tracking her for over two days. “We are swimming through a bunch of rocks, so the GPS signal might not always work. It’s attached to a SPOT, so we’re hoping it’ll send a signal the entire time, but I can’t guarantee it.”

Her escort crew includes Andrew Malinak and Suzie Dods as her observers, Jamie Patrick and Karl Kingery as her pilots and navigators assisted by Scott Olson and John Baxter. Ryan Willis is her crew chief with Becky Powell, Melody Maxson, Jack Nuanes, Alice Barton, and Ken Classen on her crew. Her cousin Alex Thomas is serving as her paramedic/medical support. “That’s a lot of people just to watch me swim, but between them they have hundreds of hours crewing for me, kayaking for me, and training with me. My life is quite literally in their hands.”

The experienced ice/winter swimmer will face water temperatures around 70-72°F (21-22°C) with daytime temperatures forecasted for mid-60°Fs with nighttime temperatures expected to drop to the low 40°Fs (5°C). “[But] the biggest threat is wind, which could cause all kinds of issues. Swimming in chop is tough, but 20 mph+ headwinds really suck…

This is a current-neutral swim. There will be no advantage from tides or current on this one. Between a navigational error, physical pain, and crazy winds, a lot could go wrong. I know I’ve trained, but this will take a combo of sheer will and stubbornness and a lot of luck to pull off.” 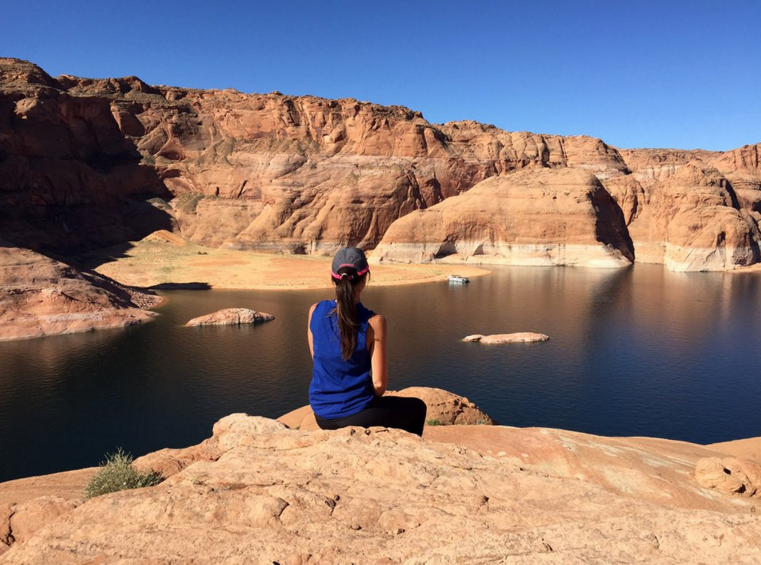 For additional articles on Thomas, read the following: