Three Is A Charm For Catherine Kase 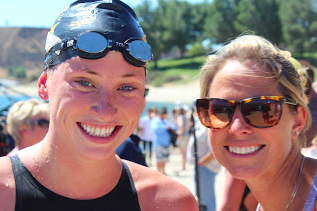 Three Is A Charm For Catherine Kase

Catherine Kase (née Vogt) stood lakeside on the Serpentine in central London during the 2012 London Olympic Games. She saw two of her athletes achieve podium positions: Haley Anderson took the silver medal while Oussama Mellouli of Tunisia took the gold.

During the 2016 Rio Olympic Games, Kase stood on the feeding pontoon offshore in Copacabana Beach and saw Anderson swim to 5th.

Kase told Craig Lord of Swimming World Magazine, “It is a tremendous honor to represent the United States as the head coach for open water. I am so excited to lead such an amazing group of athletes and their coaches. Over the last 15 years, I’ve been involved in, and passionate about, open water swimming. Hopefully that experience will benefit the team as we navigate the ever-changing elements of open water.”

Steven Munatones said, “Catherine has been involved in open water swimming since 2005. Ten years ago, her first swimmer Whitney Sprague made the national team and she has been placing swimmers on the national team ever since. Kase has made a big splash on the international scene when she coached Chip Peterson to a silver in the 5 km and gold in the 10 km at the 2009 FINA World Championships in Montreal. 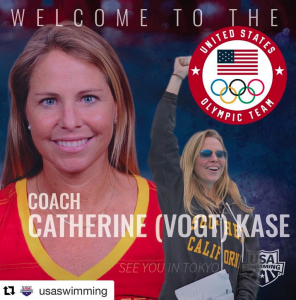 She has continued coaching the American team at major competitions since 2009 – at the Olympics, world championships, Pan American Games, and Pan Pacific Championships. There is no American with her depth of experience.”

Kase said, “I am so lucky to have had Dave Salo let me lead open water and work with athletes like Haley and Ous who never even thought about open water.”