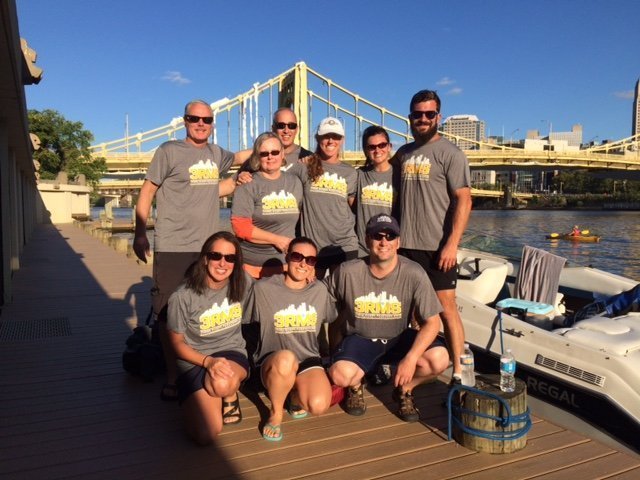 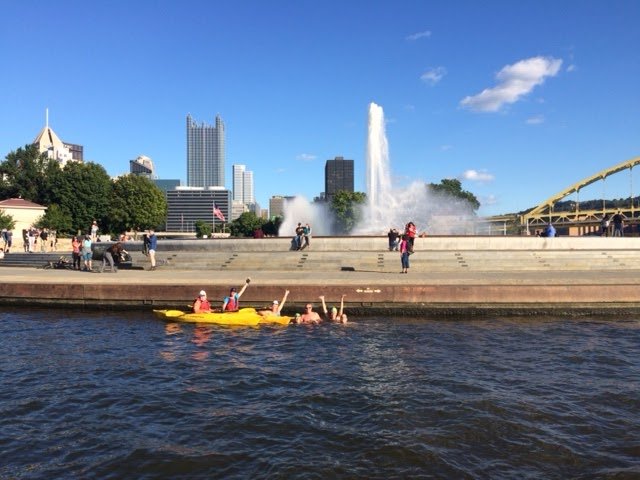 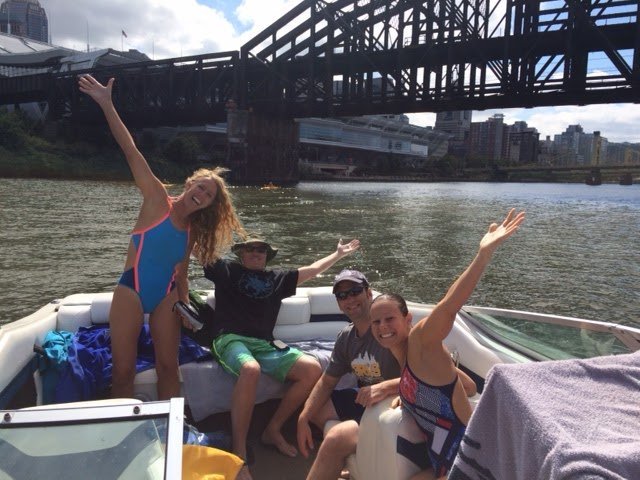 “The 3RMS alumni swam the same format of the race since 2013, but the starting point moved from Heinz Field to the Allegheny Landing dock and finished at its permanent start in front of the fountain at Point State Park. The relay was powered by our escort boat “Catfish Hunter” that avoided a large barge in the Ohio River, a few Just Ducky tour boats in the Monongahela, and the afternoon traffic along Washington’s Landing, PNC Park and Heinz Field along the Allegheny River,” described race founder and director Darren Miller.

The weather was overcast and in the upper 60’s for the first 20 km and the skies opened up the final few hours for a welcomed sun for the final 10 km. A few wind gusts came up to 10-15 mph while the water temperature averaged in the mid-upper 70’s. Overall, it was a wonderful day with amazing group of friends. We are planning the kickoff of the September 2017 3RMS event with registration open for all swimmers beginning March 1st 2017.”

The Three Rivers Marathon Swim is a charity swim for the Forever Fund. The course includes a 10 km swim each in the Ohio River, Allegheny River, and Monongahela Rivers.