Three Times Is A Charm For Ana Marcela Cunha 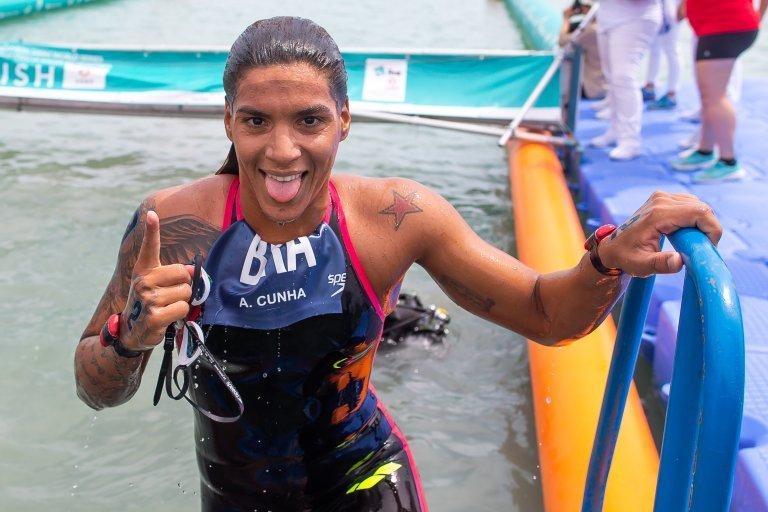 Three Times Is A Charm For Ana Marcela Cunha

This was Cunha’s third win in four World Series races in 2019.

She also won three medals at the 2017 World Championships that were held in Balatonfüred.

“This was all good once more, I’m happy,” Cunha said after the race. “I tried to set the pace, but I stayed patient at the end. I’m more used to swim 25 km, but as we say with our coach, in the 10 km, towards the finish you need to be more European. In South America, it’s in your blood to go with emotions in the finish, but in the 10 km you need to be cool and professional. I just managed to do that.”

Bridi, the only swimmer to beat Cunha this season on the World Series circuit in Seychelles, was satisfied. “I tried to keep up with Ana Marcela and this was a good race, one month before the World Championships.”

Leonie Beck of Germany took third and commented, “Here we wanted to test everything, swimming in the pack, getting the pace, going to front, making the finish and this all worked well. To have a medal is great, but here really the practice was the most important before the World Championships.”