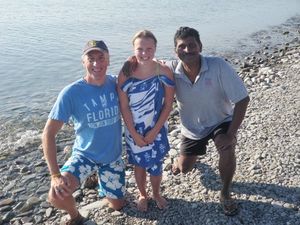 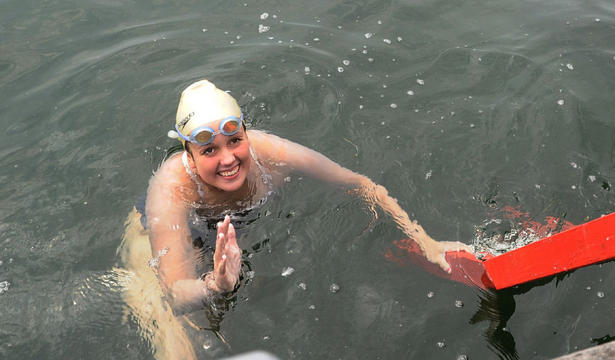 In the heyday of the Canadian National Exhibitions, professional marathon races swimming in looping circuits in Lake Ontario attracted the world’s best swimmers. Then Marilyn Bell swam across the lake, one of the largest in the world and the imagination of marathon swimmers was ignited.

Crossing Lake Ontario was added to the bucket list of many.

In 1970, Diana Nyad was competing against Egyptian marathon swimming legend Abdul Latif Abou Heif across Lake Ontario in a professional marathon race. Subsequently, John Kinsella won another pro race in 1978 whose traditions go back to the 1950’s. Vicki Keith then swam across Lake Ontario doing all butterfly. Most recently, Melanie Price, Rob Kent, Annaleise Carr, and Madhu Nagaraja have all crossed Lake Ontario.

Over the years, dozens of people have attempted and completed crossings of Lake Ontario, one of the Great Lakes that border Canada and the United States.

But with such a large lake, there are also different routes to take. North-to-south, south-to-north, east-to-west, west-to-east, Canada-to-America.

The three primary routes include the Traditional Route, the LOST Route and the East End Route.

The Traditional Route, governed by Solo Swims Swims of Ontario (SSO), a government-sponsored volunteer body. SSO works with an annual operating grant from the Ministry of Citizenship, Culture and Recreation of the province of Ontario. These grants are administered by the Ontario Sports Centre that assigns a Program Consultant to monitor the operations of SSO.

But the distances of the three routes are all different.

The shortest crossing is 33 km completed in 32 hours by then 15-year-old Jenna Lambert, who has cerebral palsy. which inspired her younger sister, Natalie Lambert, to swim 54 km in 23 hours the following year. The longest one-way distance swum to date was 59 km by John Munro in 35 hours. In between these extremes is the Traditional Route distance of 51 km first established by Marilyn Bell in 1954 and the LOST Route established by L.O.S.T. Swimming.

Each of the routes has its own history, advantages and challenges. At 51 km, the Traditional Route is a mighty challenge from Niagara on the Lake to the Marilyn Bell Park in Toronto, but it has the advantage of starting swimmers at the mouth of the Niagara River whose massive power helps propel the swimmers for the first few kilometers.

At 42 km, LOST Swimming, one of the world’s greatest open water swimming pods, established the LOST Route, a marathon swim with the specific goal of swimming the traditional marathon running distance of 42 km (26.2 miles) across Lake Ontario. The route takes swimmers from Port Dalhousie to Oakville where LOST Swimming is located.

The East End Route includes a variety of distances and is predominantly courses that swimmers coached by Vicki Keith take.

“As we LOSTies like to say, ‘Any idiot can run a marathon…but it takes a special kind of idiot to swim one,” reminds Rob Kent.

Whether it is the Traditional Route, the LOST Route, or the East End Route, it certainly takes a special athlete to train for and attempt a Lake O crossing.