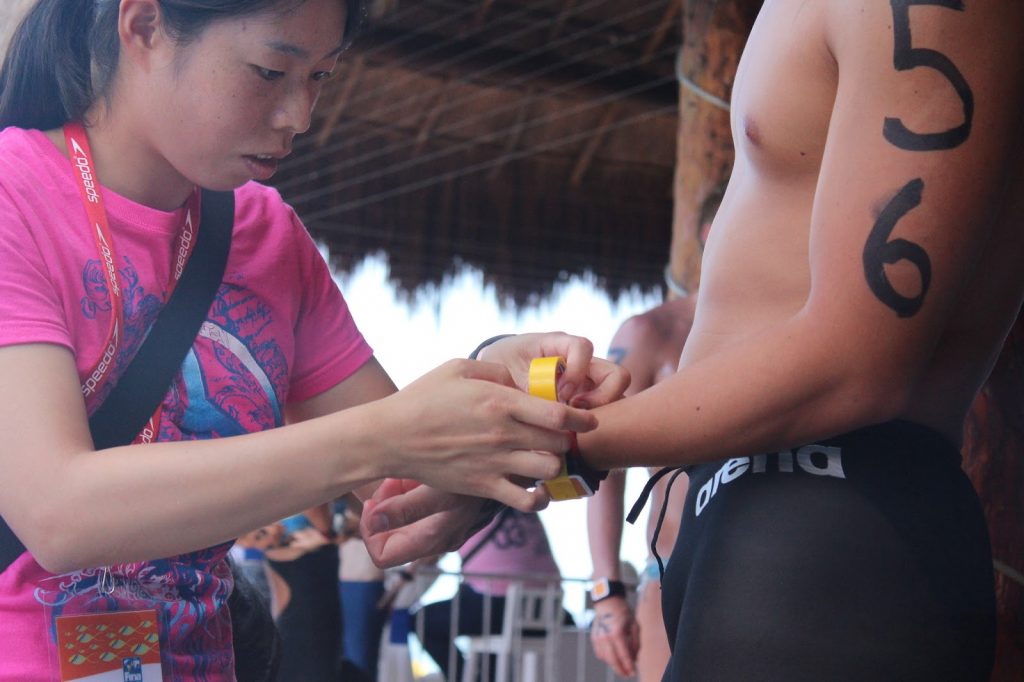 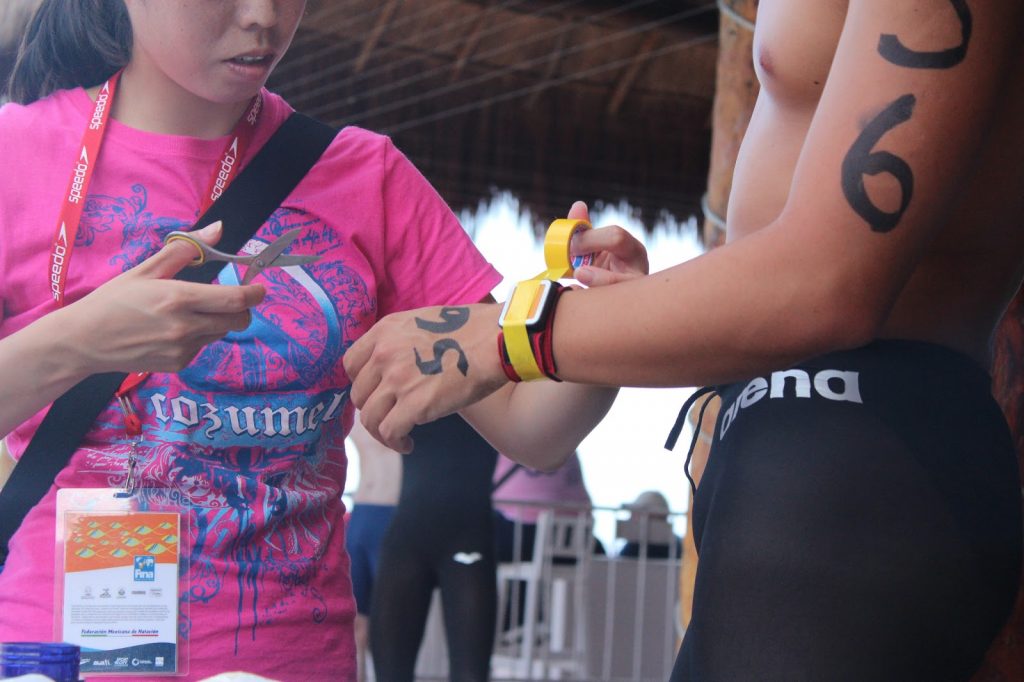 At the Olympic Games, World Swimming Championships, and at the FINA 10K Marathon Swimming World Cup and FINA Open Water Swimming Grand Prix professional circuits, athletes must wear transponders on both wrists. These transponders are used to officially record the time and placing of the open water swimmers as they hit the finish board.

At every competition, the transponders that are used are generally manufactured domestically and serviced locally. This necessarily means that each set of transponders are slightly different with a multitude of form factors. Some transponders are larger and bulkier than others; some are sleek and light.

It all depends on the equipment and the system.

Swimmers and coaches use a variety of means to keep transponders affixed to the wrists. Velcro is usually used, but many teams used waterproof tape to keep the transponders tight on the wrists.

For few things can be as bothersome and frustrating as a transponder band that comes slightly loosened and flaps around on each arm stroke.

Tape is just another assurance used by elite swimmers and their veteran coaches to keep their transponders tightly affixed to their wrists.

From Stari Grad To Serpentine, European Open Water Swimming Is Back