Time To Swim And Dook 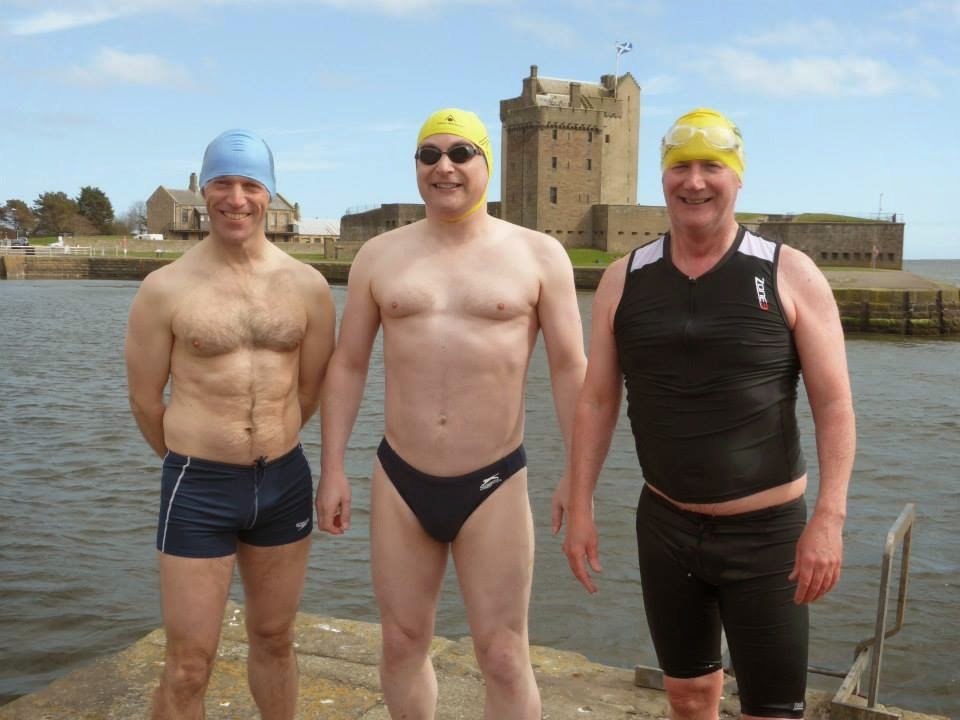 For 131 years, people in Dundee, Scotland have been dooking (i.e., a Scottish term for jumping into the sea from harbors and rocks).

But now that the water temperature is nearly 10°C (50°F), the open water swimming season has begun in Dundee.

The purpose of the Association is to foster and encourage the sport of open water swimming – and they are doing that well. As the sport continues to grow and becomes more competitive with better conditioned athletes, the Association remains founded in the enjoyment of the challenge and the satisfaction in swimming in the open water.

The first 1-mile crossing of the River Tay was done in 1889 by Association members John Shaw and Bob Macmillan; the first double-crossing was done by Bill Blair in 1905.

With 131 years of history behind it, the Ye Amphibious Ancients Bathing Association has a strong foundation to continue as one of the longest open water swimming teams in the world.

Its official events and competitions include the following swims: