Tita To Try Try Again – 90 km from Ibiza To Jávea 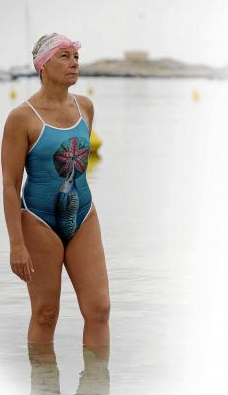 Margarita Tita Llorens Bagur serves as the president of the Menorca Channel Swimming Association and member of the 24-hour Club.

Following in the wake of Kendall Mellor, a pioneer who first crossed the Canal de Menorca in 1968, Tita first made a 36.5 km crossing in 2012 between the Balearic islands of Menorca and Mallorca in the Mediterranean Sea.

Then in 2013, she attempted a 84 km swim from Ibiza to Mallorca (Cruce Canal Ibiza-Mallorca), but she stopped the swim after 74 km in 20 hours 30 minutes because of jellyfish. She repeated the attempt in 2014, but that swim was also stopped. Finally in 2015, she completed the 84 km (52.3 mile) Cruce Canal Ibiza-Mallorca swim in 28 hours 13 minutes.

She then upped her game in July 2016 when she attempted a 90 km swim between Eivissa and Dénia, but was not successful. Tomorrow, she will make another attempt at a 90 km crossing between Ibiza and Jávea in Spain.

She explains, “During the month of July, the water temperature is good, there are more daylight hours, and there are many days of calm sea.” 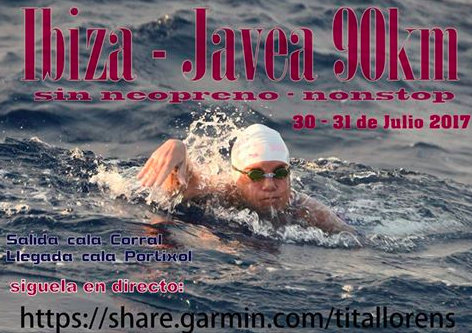