To Kingdom Come They Swim 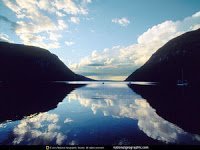 NEKOWSA (Northeast Kingdom Open Water Swimming Association) was established in Derby, Vermont in 2010 to promote and organize swims in the legendary lakes of the Northeast Kingdom of Vermont, a wonderfully beautiful part of the eastern United States.

From the very beginning of the NEKOWSA, the passion and professionalism shown by Phil White and his colleagues in the Northeast was clearly evident.

Even though NEKOWSA’s founding members and local swimming community started off small, their visions were large and entirely focused on providing a safe, competitive, enjoyable race for all participants.

NEKOWSA has steadily grown responsibly and steadily, adding races and more participants as the years have gone by. Everything from small details to grand strategies have fallen into place as the events are held in some of the most beautiful lakes in North America (Lake Willougby is shown above).

“It is our honor to support NEKOWSA as it ventures to the next level,” said Steven Munatones of the World Open Water Swimming Association. “Its organization and vision are world-class and, therefore, deserving of a World Championship where amateurs of all ages, abilities, nations, and backgrounds are more than welcomed. Phil and his colleagues will humbly and hospitably roll out a red carpet to their beautiful blue lakes surrounded by rolling green landscape: a perfect venue for a World 10-mile Championship event this summer on July 6th.”

For more information, visit the Kingdom Swim here. Photos of the 2010 event are shown below.