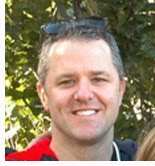 Lance Ogden set a new record with a time of 4:01:07 on the 17.5-mile Ederle Swim course from Manhattan Island in New York City to Sandy Hook in New Jersey.

He averaged over 4 miles per hour throughout the swim and was escorted by an all-star crew alongside the boat Together II. Although the last mile took 35-40 minutes, Lance and his crew timed it right – a key in the river swims around the New York City area.

According to NYC Swim founder Morty Berger who organized the swim, Lance utilized a scout and guide formation with his paddlers and boats.

“A lead boat and paddler were deployed ahead of Lance to make sure he did not swim into any flotsam – which was a huge concern. They also helped verifying the currents ahead to make sure we went on the correct course. Richard Clifford was for the most part at Lance’s right side the entire time, while Vlad was in front – playing the scout. There was also a second boat on the water, the Sailfish.

The swim was timed at one of the fastest currents for the year (predicted maximum was 2.57 knots).”

Instead of the reported 17.5-mile distance, the actual distance that Lance swam was confirmed by Morty to be approximately 16.4 miles, a course taken to maximize the tides for that day. “Lance averaged about 4.08 miles per hour to 3.545 knots per hour. So based on Lance’s predicted swimming speed, he had an average beneficial push of 1.3 knots,” explained Morty.

Lance’s fitness, his open water experience in the area, his trust in his crew, and the selection of the timing of his start may put this record out of record for a long time.