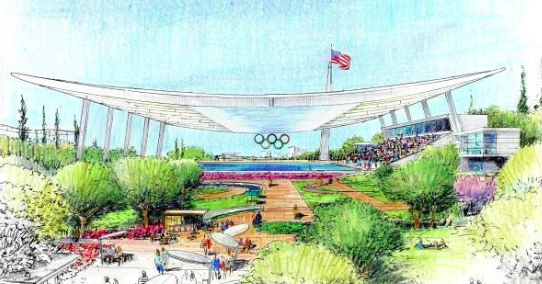 The 2024 Paris Olympic Games marathon swim will be held in the Seine near the Eiffel Tower, the same venue that hosted the 1900 swimming events.*

But where will the 2028 Los Angeles Olympic Games marathon swim be held?

No one knows. Rumors on the shores of the California coast about the location of the Olympic 10K Marathon Swim at the 2028 Los Angeles Olympics range from Redondo Beach to Long Beach.

The Orange County Register newspaper recently reported that the Olympic water polo complex proposed in the city of Irvine [see rendering above] could be used as the 2028 Olympic venue. This is another hint that cities all over the Southern California basin are investing in and lobbying for bringing in Olympic events to their cities.

Stay tuned to learn about a race that will be 10 years in the planning.