Tom Doyle Works With An Angel In The Open Water 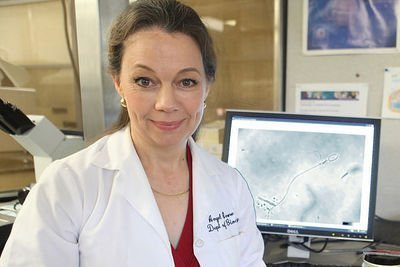 The talks by Dr. Yanagihara and Dr. Doyle were aimed at educating open water swimmers about the stinging mechanism of jellyfish and ways to effectively treat jellyfish stings. The pair were fascinated with each other’s focus on jellyfish.

As a result, their talks were also a catalyst for the two leading researchers to begin their long collaboration to do cutting-edge research and share proper information to the world’s ocean-going populations.

The duo from the University of Hawaii-Manoa and NUI Galway recently published their latest research in the journal Toxins on the standard practice in Ireland for treating stings by the Portuguese man o’ war, the most venomous marine creature in Irish sea waters.

Their results and recommendations are to rinse the sting area with vinegar to remove tentacles and then immerse in 45°C (113°F) hot water, or apply a hot pack for 45 minutes. This is all very good and useful information for beach lifeguards to know and utilize. The vinegar helps the stinging cells from firing.

“Without solid science to back up medical practices, we have ended up with conflicting official recommendations around the world, leading to confusion and, in many cases, practices that actually worsen stings and even cost lives,” said Dr Christie Wilcox, lead author of the paper and post-doctoral fellow with the Pacific Cnidaria (marine species) research laboratory at University of Hawaii-Manoa, to the Irish Times.

Dr Doyle said, “The venom delivered by a man o’ war sting was lessened if the sting site was rinsed with vinegar, regardless of which species was used.”

While the U.S. Department of Defense funded Dr. Yanagihara to create a anti-sting spray (Sting No More), Dr. Doyle has begun similar experimental work on the Lion’s mane jellyfish, the second most venomous jellyfish in Irish waters.