Tom Hanks, Shrimp And Squid In The Open Water 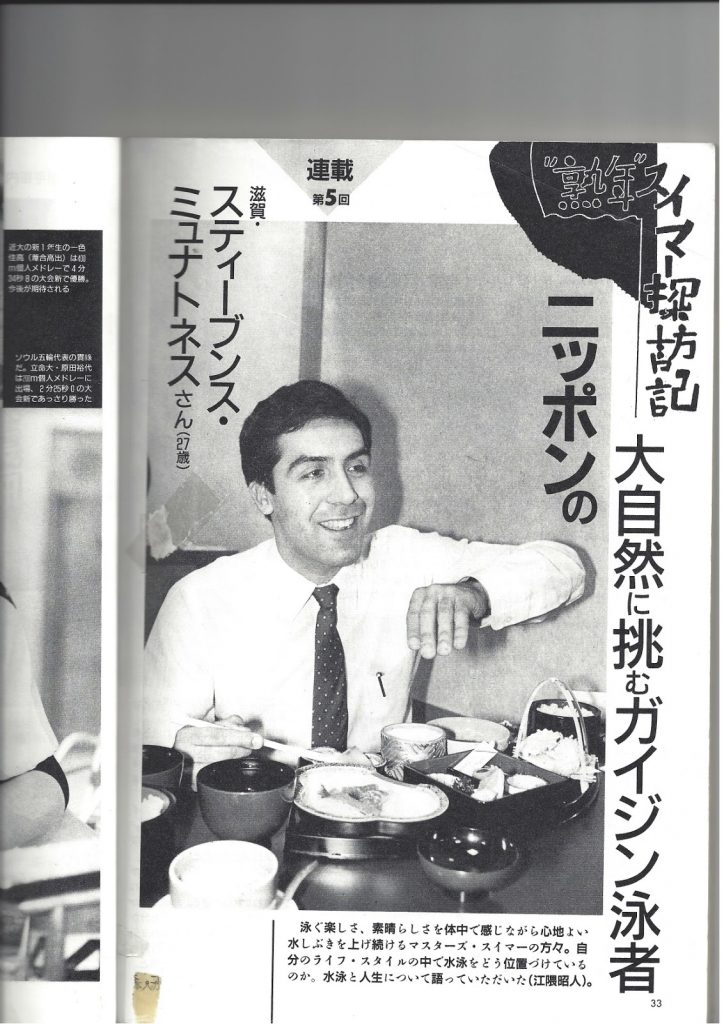 Tom Hanks in the Academy Awards Best Movie Forrest Gump said, “Mama always said life was like a box of chocolates. You never know what you’re gonna get.”

Gump’s mother could have been referring to either the dynamic conditions in the open water – or the food swimmers are served when they visit Japan for the Tsugaru Channel or events organized by the Japan International Open Water Swimming Association.

In a similar way, one of the favorite and popular foods served near Tappi Misaki, one of the starting points of attempts across the Tsugaru Channel can be described as follows, “Squid [ika in Japanese] is the fruit of the Tsugaru Channel. Squid can be served raw, fresh, boiled, grilled, with eggs, in a soup, baked or sauteed. There’s squid for breakfast, lunch, and dinner. Squid mixed with sea weed, vegetables, sushi, tempura, clams, and rice. Squid prepared in a clear broth, squid served with miso soup, squid served with marinated vegetables, and always with fish, grilled, boiled, or steamed. Or eaten together with gobo roots, tofu, and nori [seaweed]. Squid is complimented by soy sauce or downed with green tea, shochu, or sake. Day in and day out.”

Sitting right on the shoreline of the Tsugaru Channel as Irishman Stephen Redmond and American Darren Miller quickly found out while waiting for their channel swims, meals in Japan come from the sea augmented with rice and vegetables…like Bubba in Louisiana.