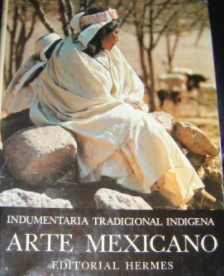 Well before he died in 2000, Tonatiuh Gutiérrez Olguin was well-known in his native Mexico for his prolific work as an author, photographer, translator and editor of 118 publications in 4 languages ranging from art and history to biographies and pictorial works.

But back in the late 1940s and throughout the 1950s, he was better known as an internationally ranked competitive swimmer, both in the pool and, later in his career, in open water.

After his Olympic career was over, Gutiérrez continued to swim and won a gold medal at the 1954 Central American and Caribbean Games Champions in the 400m freestyle and then turned to longer events.

He won the 1957 36 km Maratona del Golfo Capri-Napoli in 8 hours 58 minutes 28 seconds over a heavily favored and two-time defending champion Alfredo Camarero of Argentina in a close race where Gutiérrez pulled away at the end to win in 19 seconds.

The year later, Gutiérrez handily won the 1958 Capri-Napoli edition by 41 minutes over Camarero in 11 hours 8 minutes. He later finished 4th in the 37 km Atlantic City Around The Island Swim in New Jersey finishing in 12 hours 41 minutes 15 seconds the next month.

By 1959 when his aquatic career was nearing its end, the then 29-year-old finished 5th in the Maratona del Golfo Capri-Napoli in 10 hours 31 minutes. Later he became a professor of economics at the Universidad Nacional Autónoma de México and promoted the popular and traditional arts.

During the 1960’s, he was the director of expositions of the National Tourist Council of Mexico and coached Guillermo Echeverría who finished ninth at the 1964 Tokyo Olympic Games. In the 1970’s, he was the head of the Fideicomiso para el Fomento de las Artesanias, an important state trust for the promotion of folk art. Together with his wife Electra López Mompradé de Gutiérrez, he published a number of publications including a collection of maps and images of the Americas that span more than three centuries with maps of North and South America.