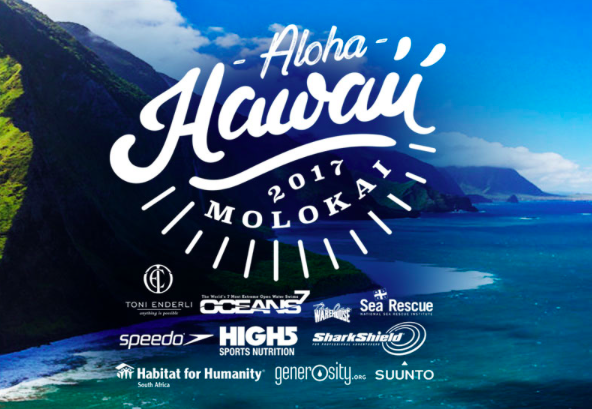 Toni Enderli of South Africa is getting very close to completing his third Oceans Seven channel after over 18 hours of battling the waves and currents of the Molokai Channel between Molokai and Oahu.

He started in the early morning of September 2nd and is closing in on the toughest part of his 42 km channel crossing – the finish on Oahu.

Note: Molokai Island is on the right; Oahu is on the left in the Track RS animation. His 20 hour 35 minute crossing is described below by his brother JP. 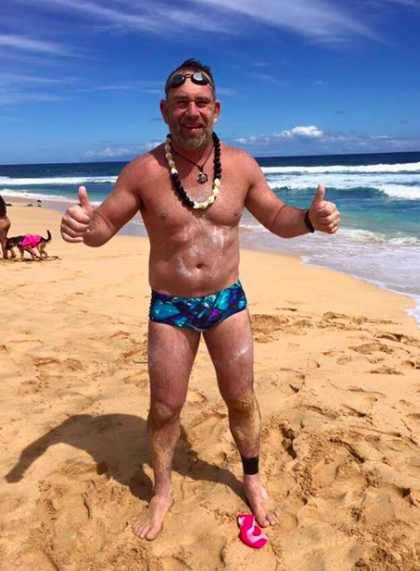 “[Toni] is the true definition of a legend who has once again proved that anything is possible if you put your mind and heart to it. Happy to announce that my brother is the 56th person in the world to ever swim across the Molokai Channel in Hawaii, which is a 42 km swim through some of the world’s most challenging swimming conditions including a variety of heavy currents and an abundance of marine life such as sharks and jellyfish. Toni Enderli, you have once again accomplished the unthinkable and got out alive with a smile on your face.

What an absolute legend you are, someone I can truly call my role model for life
.” 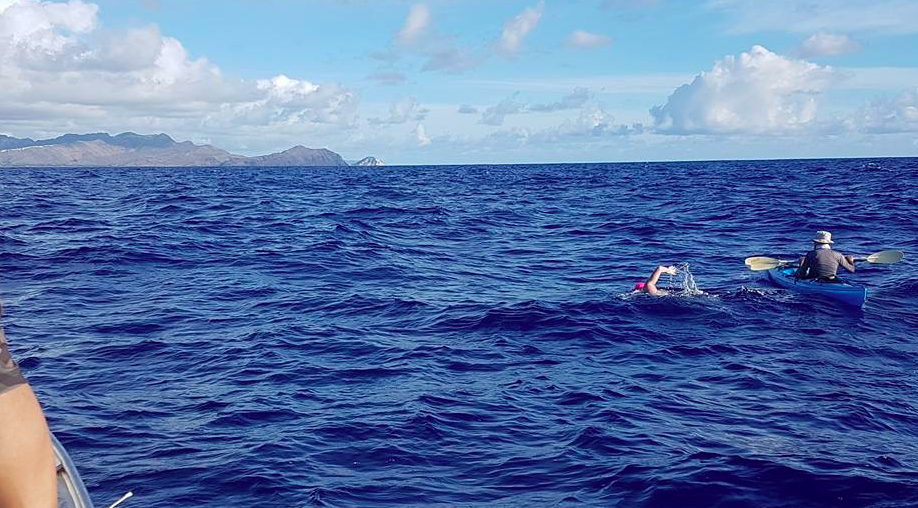 “It was my toughest day on this planet and the longest night of my life,” recalled Enderli. “I encountered dolphins, saw two sharks which fortunately kept their distance and was stung by jellyfish on my entire body, including my nose and face, consistently. It was the most painful thing I have ever experienced.

After sunrise, I had 10 km to go, could see land and reached a notorious ledge renowned for a vicious rip which has thwarted many swimmers. The current pushed me back for seven hours. It was soul destroying. But I dug deep, reminded myself I was doing this to help others and pushed on. Near the end I was faced with a huge shore break, but got through and collapsed on the beach
.”

He continues to raise funds for the National Sea Rescue Institute’s water safety programme to help prevent drownings as his next Oceans Seven swim is the Catalina Channel in October.

“I believe in unleashing the mind’s full potential, constantly pushing boundaries to achieve dreams and helping make a difference by giving back.” 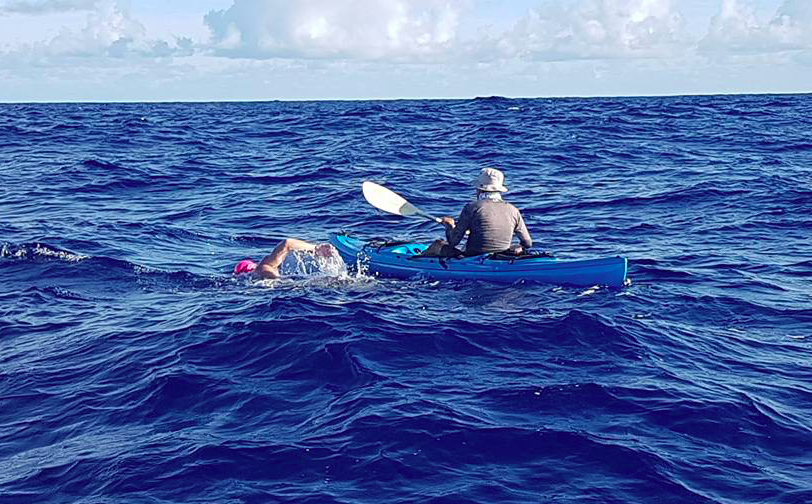