Too Hard To Keep Up With Chloë McCardel 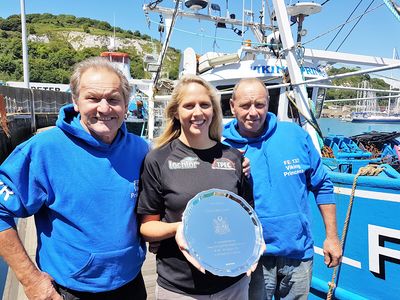 With yesterday’s 10 hour 29 minute crossing, she has swum across the English Channel eight times this season with Reg Brickell Jr. as her escort pilot and a total of 14 over the last two seasons.

She has now surpassed Cindy Nicholas and Des Renford with her 20th and 21st career crossings.

McCardel is the fourth-ranking swimmer on history’s Channel career crossing list behind Alison Streeter, Kevin Murphy and Michael Read at a young age of 31 years.

With her over 30,000,000 individual Google hits and gaining steam, McCardel is hard to keep up.