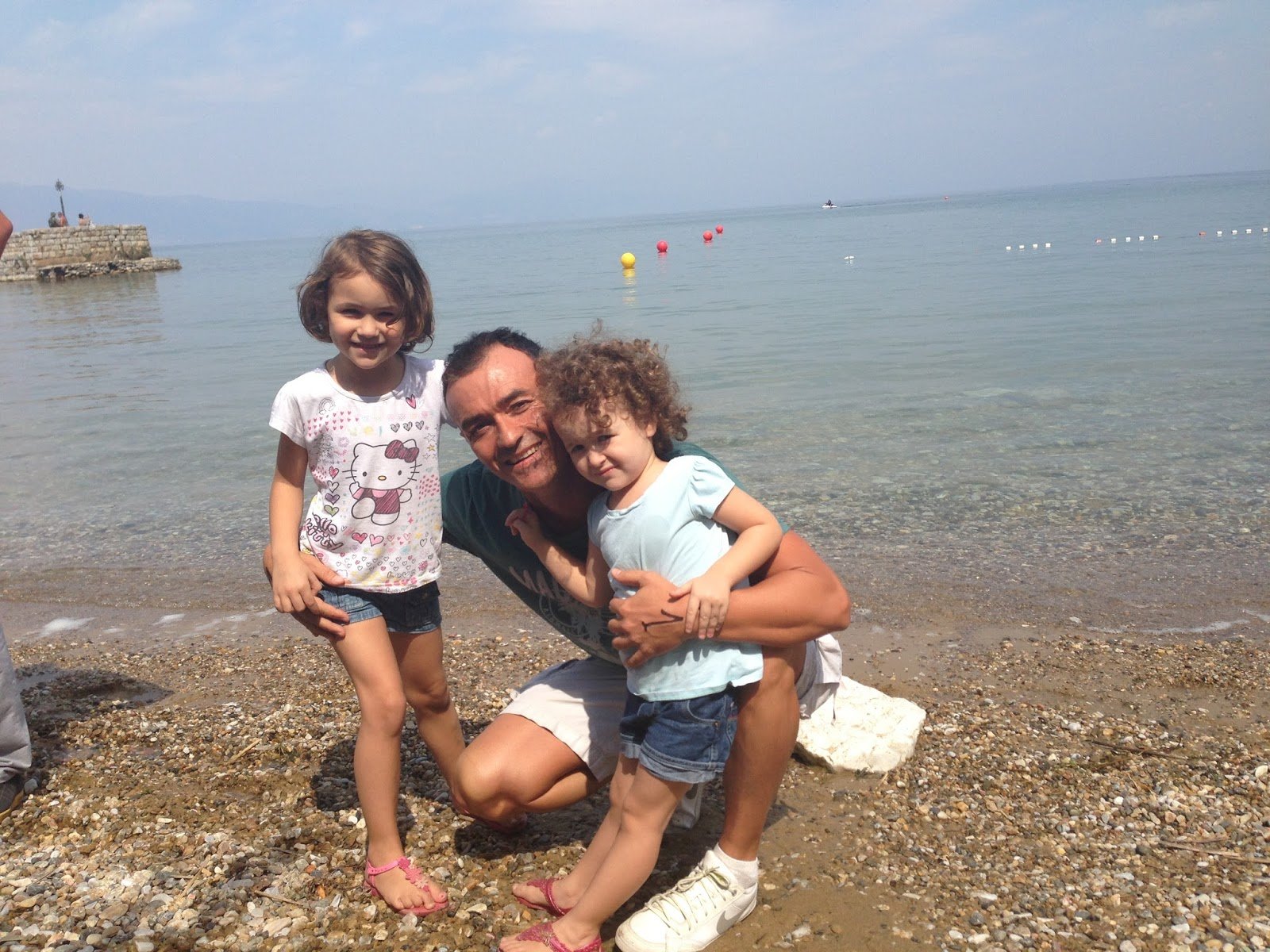 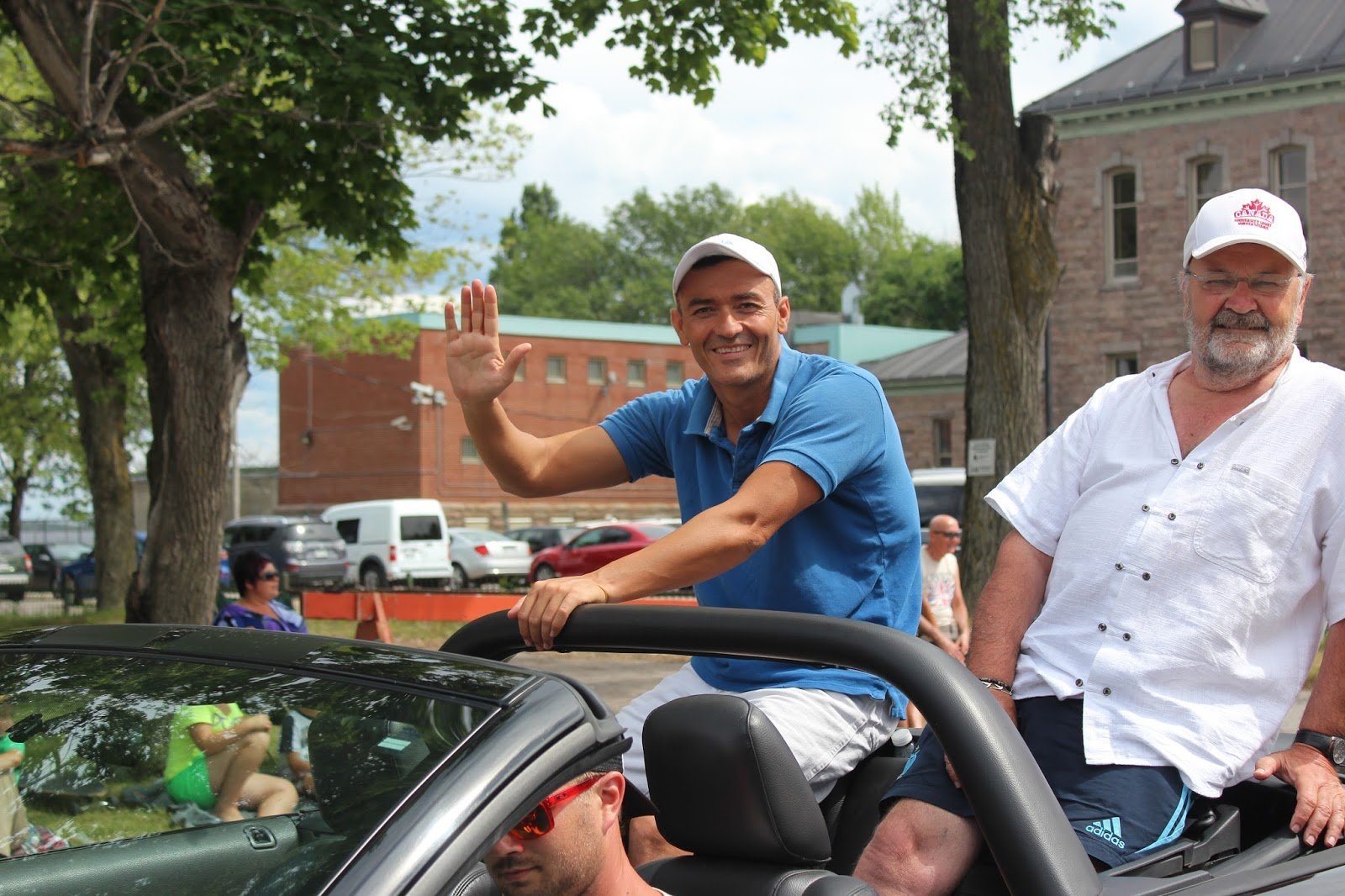 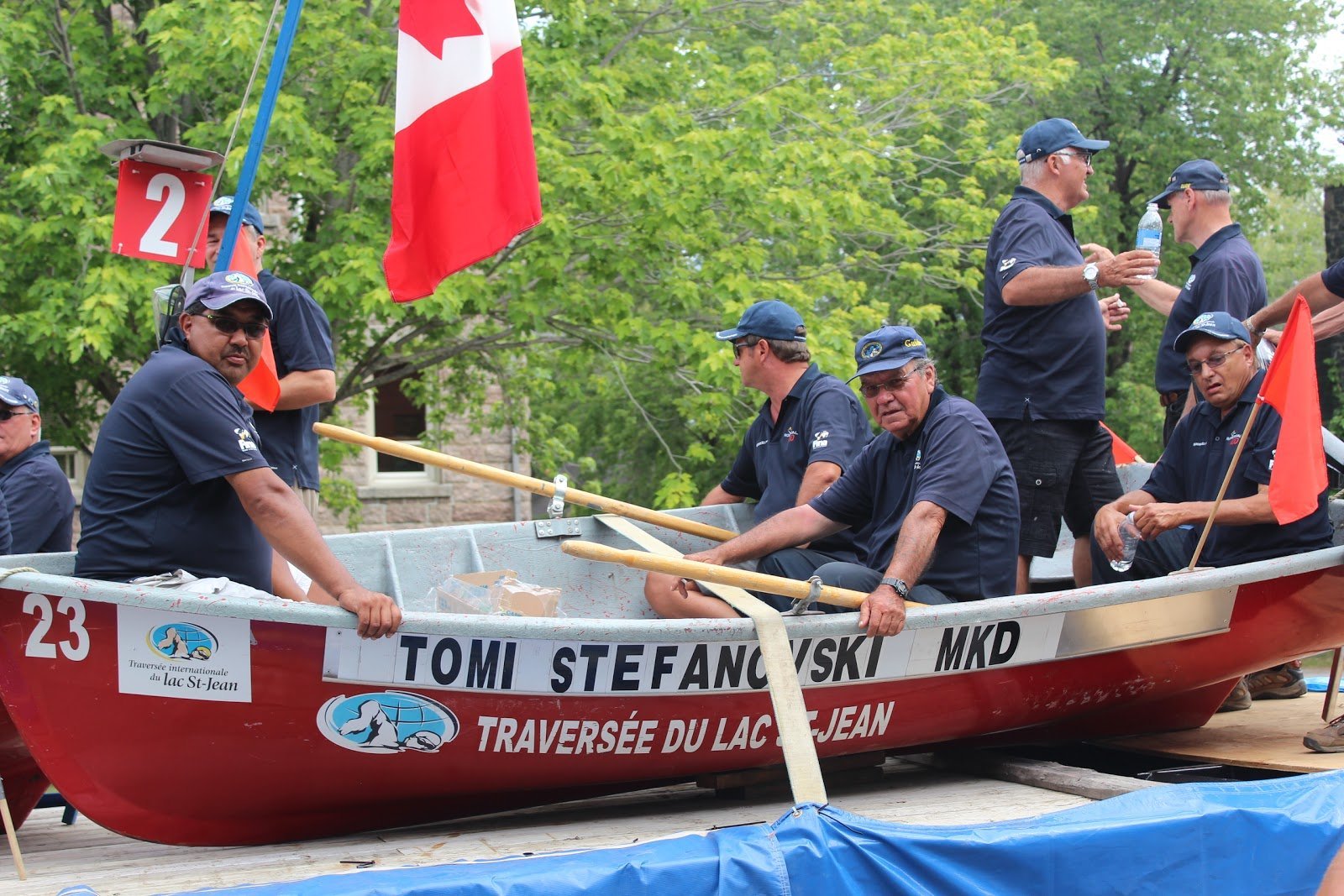 The 42-year-old came out of retirement and surged back from 6 – six! – shoulder surgeries to win the 32 km lake classic over men more than 10 years his junior. “I just swim easy today and take it easy the rest of the week before Magog (the 34 km Traversée Internationale du lac Memphrémagog).

“I usually train 10 times a week in the water and then 3 dryland sessions per week, but today I am sore and tired.”

And what 42-year-old would not be? Stefanovski raced, surged, and sprinted to a victory in the longest continuous running professional marathon race in the world: it was surprising to everyone but the star from Macedonia.

For his races around the world, his positive outlook and friendly nature, Stefanovski was nominated for the 2013 World Open Water Swimming Man of the Year.

His nomination reads, “Tomi Stefanovski was the most unlikely of victors in the most prestigious and toughest professional race in the world, la Traversée internationale du lac St-Jean. A survivor of six surgeries, three on each shoulder, the 42-year-old masters swimming dynamo is a role model who is admittedly past his prime. But the love of the sport pushes him forward. The former water polo player has put in mega-mileage with over a decade on the professional marathon swimming circuit.

But he remained confident in himself and never failed to be competitive. A stalwart to finish, but not a threat to win la Traversée, Stefanvoski proved everyone wrong. For his unlikely victory on the downside of his career, for his participation in professional marathon races on 3 continents, for his continuous joy of the sport while raising two daughters, Tomi Stefanovski is a worthy nominee for the 2013 World Open Water Swimming Man of the Year.
“

The 42-year-old former Macedonian water polo player won his first FINA event after 9 years of trying and a lifetime of aquatic performances.

His road to victory in the Traversée internationale du lac St-Jean was a very long time in coming. The former water polo player competed in his first FINA Open Water Swimming Grand Prix race in 1997. “I did it because the race was in my home country of Macedonia,” he recalled. “That is why I competed. I was a water polo player then. But I liked it and did the pro circuit between 1997 and 2002. In 2001, I did the Traversée and tried to come back in 2002. But between then and now, I have had 3 shoulder surgeries on my left and 3 shoulder surgeries on my right arm. I tried coming back again in 2008 when I placed 7th without much training. But after that Traversée, I experienced 3 days of cramps.”

Stefanovski was prepared for this race like never before since 1997. “The Traversée is my favorite race. It is a cold water race, so I am better. And here in Roberval, it is most important for the general FINA rankings. You receive the most points here. When Eduardo Stochino took off, like others did, I had to make my move once. Edoardo made many moves, 3 or 4 times. Everyone was making a move. I also let Joanes [Hedel of France] go, but I also pushed hard to catch him. Because if Joanes goes, he is strong and difficult to catch. I do not want to swim more [than I have to]. But during the race, I felt comfortable in the pack and I am always good at the finish.”

His colleagues similarly nominated for the 2013 World Open Water Swimming Man of the Year include:

The results of the 59th edition of the Traversée internationale du lac St-Jean in Roberval, Québec, Canada: